Home Archives Profile
Is access to religious power in Israel about to change?
Can 'Four Americas' become more united starting this Fourth of July?

No, I was not a divine prize given to reward my parents for good behavior. 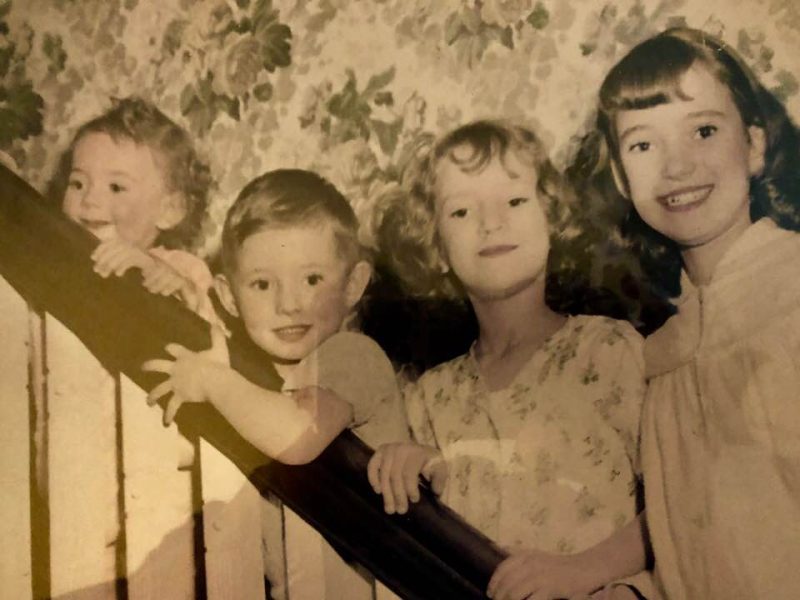 A few weeks after my birth, a woman named Caroline wrote to my mother to share some mediocre-to-bad theology.

It requires a bit of background information to understand. So:

When my oldest sister, Karin, was born more than six years before me, she emerged with a cleft lip. This made my parents a little skittish about moving ahead with their original plan to have four children. Still, my next sister, Barbara, appeared more than four years later, and she had both a cleft lip and a cleft palate.

Both girls required medical attention. In fact, my second sister had about five different operations at Mayo Clinic in Rochester, Minn. I quote her about that experience in my latest book, Love, Loss and Endurance: A 9/11 Story of Resilience and Hope in an Age of Anxiety. It was the son of Barbara and her husband Jim who was murdered in the 9/11 terrorist attacks. He was a passenger on the first plane to crash into the World Trade Center.

When I was born two years after Barbara (I was either an accident or my parents decided to push their luck), I was physically perfect, as I like to tell my sisters (I have three now, including Mary).

So this woman Caroline, whose note I recently discovered as I was continuing the downsizing and sorting effort that has engaged my wife and me for a year or two now, wrote this:

"He (meaning me) is your reward, I believe, for taking the added expenses connected with Karin and Barbara so beautifully."

Let that sink in for a minute.

Caroline was telling Mom that God was giving her the gift of a human being as a prize for something she did. Well, that she and Dad did well.

I would call Caroline's simplistic and, frankly, appalling theology the opposite of what is sometimes called "Retribution Theology."

Here's a bit of what the editors of the Common English Bible (in a study edition) say about that:

"The books of Deuteronomy through 2 Kings. . .are based on a theology of retribution, or divine punishment. The people of Israel are in a covenant relationship with God. If the people obey God's expectations, then according to the Deuteronomistic theology, God's people will experience blessings in the land. If they are disloyal to God's love and worship other gods or fail to live according to the instruction. . .then God's people will experience curses. . .When significant numbers of people in Israel and Judah were conquered, killed and deported violently from their homes in 722 and 587 BCE, the religious leaders and prophets understood this catastrophe as divine punishment for breaking the covenant with the Lord."

The image of God in such a theology -- and in its opposite, a theology of rewards -- is rather different from the image of God proposed by much of Christianity and from the image of God to be drawn by paying attention to history. In history, though I believe that its arc points ultimately toward justice and mercy and love, the evidence is that people who break either civil or divine laws often prosper while people who faithfully keep such laws often end up in various states of loss or grief. Not always, but often enough to make one question a theology of either retribution or rewards.

That's why we say life is unfair.

I was proud of my parents for their love of and commitment to my older sisters as they worked through the medical problems with which they were born. But they weren't doing that to get brownie points with God. And they had no expectation that if they had a third child he or she would be a prize for previous behavior.

If that's how your god works, I'll pass.

I'm certainly not saying that God doesn't have rules. Or that God doesn't have expectations of us. Or that God can't or doesn't give us gifts. Every day is a gift. But Retribution Theology and Rewards Theology reduce God to a points keeper, to a goalie, to a divine Pez dispenser. Let's put it this way: The gospels say that Jesus did absolutely everything God wanted him to do every minute of every day. And yet what happened to him on what Christians call Good Friday?

The Jewish community in southern Florida has been particularly hard hit by the recent condo collapse, as this RNS story reports: "At least 50 of the total trapped in the collapse of the Champlain condo are likely Jewish, according to various lists that have been collected among Miami Jewish organizations." One synagogue in particular there looks like it will suffer the loss of many members. May the rabbis there have strength to minister to so many anguished people.

P.S.: If you missed my most recent Flatland column when it posted on Sunday, you'll find it here. It's about a support group for religious leaders -- who've really needed it in this time of Covid.