Home Archives Profile
When one's theology runs into reality -- and changes
Can a hopeful pope fix the wounded planet?

Suppose we find intelligent life elsewhere in the cosmos 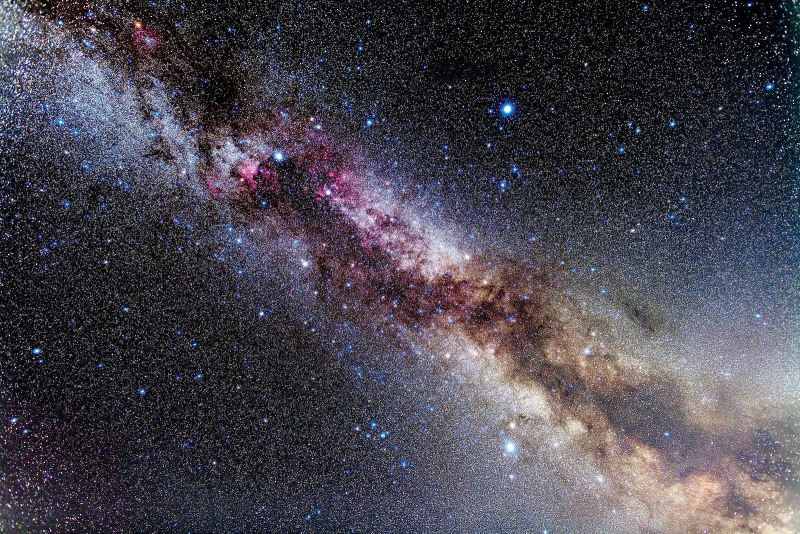 The ancient question is being asked again, this time by serious scientists and government officials: Are we alone in the universe? (When my kids were growing up, I was rarely alone even in the bathroom.) And, if we are alone, how do we explain decade after decade of reports of unidentified flying objects, now called unexplained aerial phenomena?

We're awaiting this month a federal report on this subject. In the meantime, it seems, everyone from conspiracy theorists to religious people are weighing in on the subject.

This NPR story describes how the nation at large got more interested in this subject.

"Interest in the idea that alien beings might be visiting Earth from off-planet," the NPR story says, "has skyrocketed in recent years, particularly after the Pentagon verified that several videos showing what look to be objects moving at incredible speeds and with remarkable agility had indeed come from official U.S. Navy sources."

As for people of faith, here's a recent article from the Jesuit magazine America that suggests Catholics should be -- and are -- ready to deal with any theological questions that might be raised if and when life outside our solar system is found.

"The Catholic intellectual tradition," the writer says, "would have absolutely zero problem with the idea of intelligent life — that is, substances of a rational nature (the classic definition of a 'person' in my field) — on other planets."

And here's a recent article from the Jewish publication The Forward that says that "if and when contact occurs, there will be a number of rabbis lined up to explain how this was all foretold in the Bible."

The only people of faith who may be resistant to the idea of other sentient beings elsewhere in the cosmos, probably, are those who engage in a literal reading of scripture and believe that human beings first appeared on Earth a few thousand years ago essentially looking and thinking like they do today.

Other religious people who have at least some grasp of science and the theory of evolution know better, while still believing in a beneficent god.

And yet even if we're open to the possibility of intelligent life elsewhere, I suspect it will be difficult to root out our almost inherent sense of being special, of being at the center of the universe. Religion's message of God's uncompromising love for all humanity no doubt adds to that self-centeredness. So it will be fascinating to see how humans on Earth will react to the realization that they're not alone.

I'm guessing some will want to exploit the newly found life forms for economic purposes. Some will want to make friends. Some will want to convert them to this or that religious tradition. And some will blame them for voting fraudulently in the 2020 presidential election. That latter development may become known as the Big Lie in the Big Sky. You heard it here first.

By the way, I thought science writer Mark Buchanan made some interesting points in this Washington Post piece about why we should be really, really careful about making contact with other life forms in the cosmos if they exist. See what you think.

(I found the image displayed above here.)

There's been a lot of recent criticism of the academic discipline known as Critical Race Theory. In some ways it's been a good and healthy debate. In others, not so much. Even the Southern Baptist Convention, now in its annual meeting, is debating several statements about it. Perhaps it's time to hear from someone who thinks that all that criticism of CRT is a hopeful sign. See what you think.

And while we're on the difficult topic of racism, I want to share a few wise words from a slightly dated (1995) but wise book I'm reading: The Great Human Diasporas: The History of Diversity and Evolution, by Luigi Luca Cavalli-Sforza and Francesco Cavalli-Sforza: "The idea of race in the human species serves no purpose. . . (Tammeus note: Indeed, the completion of the Human Genome Project in 2003, after this book was published, told us that race is a political -- not a biological -- construct.) Racism has many origins and definitions, but we know that racists often worry about racial 'purity.' Let us dispense with this aspect first: There are no pure races, and if we tried to create one, the results would be most uninviting. . .Racism is the conviction that one race is biologically superior to the others. That is what underlies racists' concern for the 'purity' of the race. . .Therefore, to think about conserving purity is absurd. . .

"Although today we are fully convinced that pure and perfect races cannot exist, in the past the false ideal of racial purity has been the cornerstone of many invalid theories, and some have had significant influence on history. . .(Tammeus note: I wish that the authors were right about everyone being convinced of this today. But in white nationalism and other nationalisms, for instance, we see otherwise.) Across the whole of Europe, there is an enormous resurgence of racist sentiment. . .Are we to conclude that racism is an incurable social disease, destined to torment us forever?"

I hope not and will continue to do what I can to make sure not. But as these authors note, the roots of racism go deep. It's only in recognizing that and in working to uproot racism that we might be able to remove it -- not from history, but from the present and the future.

P.S.: You might be interested in a group called Faith Counts, about which I've just learned. It's a national interfaith effort to promote the idea that people of faith do a lot of good in the world. At its "Facts on Faith" site, for instance, it says that there are 12,000 faith-based programs to give prisoners a second chance, that 17 percent of U.S. hospitals are faith-based (and 20 percent of the beds) and that 56,000 congregations have programs to improve race relations. The many contributions religion makes to society should be applauded, even if at times religion also causes some of the trouble that society faces.