How religion both helped and hurt in the pandemic

Across human history we have seen examples of people turning to religion in times of crisis. The standard way of describing this phenomenon (inaccurately) is that there are no atheists in foxholes. 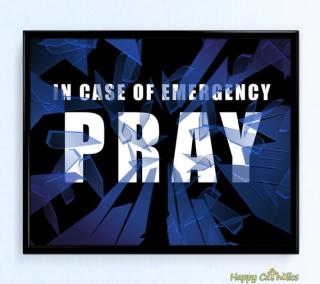 We saw this happen clearly when the 9/11 terrorists struck, killing nearly 3,000 people in 2001. Almost immediately sanctuaries opened up for prayer meetings around the country.

People in such circumstances engage in what I've previously called 9-1-1 prayer -- dashing off an emergency call to God to help alleviate whatever crisis is at hand.

There's more recent evidence of this because of the Covid pandemic. Although people were prevented from gathering in person for worship, the evidence is that many people turned for comfort to religion and religious practices to get through this terrible last year-plus.

In fact, Landon Schnabel, who teaches sociology at Cornell University, has just written this article in the Journal for the Scientific Study of Religion that shows that "the spike in distress most Americans experienced in March 2020 was less pronounced among the most religious Americans and especially evangelicals. Religion did in fact protect mental health in the face of crisis.

"But this mental health boost came at the cost of less concern about and support for addressing an important real-world problem: curbing the spread of a highly contagious virus and saving lives during a pandemic. The same people who experienced less distress were also less likely to see the pandemic as something to be concerned about, less likely to support public health measures to contain it and less likely to practice social distancing or isolation to protect themselves and those around them from a highly contagious virus."

Another way of putting it is that many people of faith looked out for themselves more than they cared for the well being of others. Certainly not all people of faith failed in that way, but Schnabel's finding suggest that it was not uncommon for religious people to behave that way. But the reason may have been less religious than it was political, he writes: "Highly religious Americans and especially evangelicals are much more likely to be Republican and conservative than Democratic and liberal. In fact, white evangelicals consistently vote for the Republican presidential candidates at a clip of about four times in five, a pattern that did not change with Trump. Most evangelicals supported Trump, Trump said the pandemic wasn’t something to worry about and so most evangelicals weren’t worried. Therefore, politics as much if not more than religion itself can help explain why evangelicals experienced less distress."

It's one more example of how the former president persuaded evangelicals to abandon their long commitment to values that would have had them be more concerned for the welfare of others.

Turning to religion only in times of crisis indicates a view of God as first-responder. It's not a picture of God that any of the major world religions promote, but that doesn't mean it's uncommon.

(For a fuller, more academic approach to the question of whether people become more religious in times of crisis, I refer you to this interesting article from The Conversation.)

(P.S.: The art here today came from this site.)

A RENEWED JEWISH LIFE IN GERMANY

Did you know that there's a 1,700-year history of Jews living in Germany? In recent times, when most people think of Jews in Germany what comes to mind is the Holocaust, led by Germany's World War II Nazi government. But as this RNS story reports, there are Jews in Germany today who, while never forgetting that dark past, want to focus also on a growing presence and a potentially vibrant future. As the story notes, "Germans are looking back on 1,700 years of Jewish history, dating back to a decree in 321 from Roman emperor Constantine allowing Jews to be appointed to the governing body in Cologne, long before Germany came together as a nation." The story also reports that "Counting religious and secular Jews, Germany’s Jewish population is 225,000 strong, the third largest in Europe. According to the Central Welfare Office for Jews in Germany, or ZWST, there are 106 active Jewish communities, the largest in Berlin, Munich and Frankfurt." German Jewish history is intriguing. As is the long history of Jews in Poland, where Germany built its death camps in World War II. And in Poland, too, Jewish life is re-emerging, despite the relatively small number of Jews there. Perhaps some day what is called the oldest hatred -- antisemitism -- will begin to melt away. But in recent years there's been a resurgence of it in Europe and across the world. Sigh.