In a few weeks we will mark the one-year anniversary of the murder of George Floyd by former Minneapolis police officer Derek Chauvin. It was the event that kicked off a long series of protests around the country by people seeking racial justice (along with a few jerks who took advantage of the unrest of smash store windows and steal stuff; what is wrong with such people?). 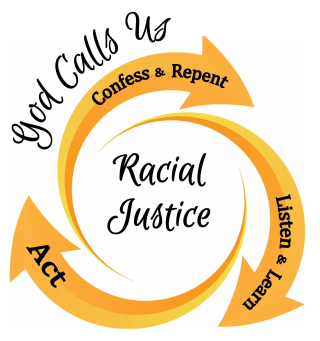 What I noticed about many of the protesting crowds is that they were made up not only of Black people, but of people of all colors. It gave me some hope that at least some part of the white population in the U.S. finally was starting to take seriously the need to reject the destructive attitude of white supremacy on which our country was built.

But that rejection is a long process. And it needs to happen not just in the streets and in our policing and larger criminal justice system. It also needs to happen in our faith communities, as this Christianity Today article makes clear.

The author, Rich Villodas, is described as the lead pastor of New Life Fellowship, a large, multiracial church representing more than 75 countries in Elmhurst, Queens.

He thought he was doing pretty well in his efforts to show racial equity and justice within his congregation. But, he writes, it turned out he had a lot to learn.

Ten congregants asked to meet with him to talk about their feelings of being left out. And they weren't hesitant to voice their complaints. Villodas writes: "I’d worked hard to preach and lead from a place of racial justice and reconciliation. How could this be?"

What he decided was that "I also needed to grow and change. We all have racial habits. We all have conscious and unconscious ways of racially engaging others. Some habits are rooted in love, justice and appreciation for others’ differences; other habits are rooted in ignorance, fear and a propensity to marginalize whoever is different. But the good news is that bad habits can be changed. For old habits to die, we need a new set of habits in their places."

He's right. And it requires some serious self-assessment and community assessment so we're not just pretending that racial issues are resolved.

As Villodas writes, "One of the ways we dishonor the image of God in others is by not doing the hard work of examining the assumptions and biases we have against them. We have all been socialized by our families of origin and surrounding culture to see people in particular ways. We often live our lives without ever reflecting on the stories and lies we’ve been told about certain groups of people. Consequently, we perpetuate the myths and stereotypes subconsciously. Racial reconciliation requires us to develop a deep level of self-awareness."

My own congregation is going through an effort to develop such self-awareness, and I wrote about that in this recent Flatland column. If you're part of a congregation that hasn't yet begun this kind of work, let me encourage you to be a proponent of it and to keep pressing until a decision is made to consider ways of proceeding.

This is an opportunity to confront our past and to set a new and healthier racial course for the future. Let's not blow it. Again.

A major Hindu religious festival, the Kumbh Mela, which occurs roughly every 12 years, was allowed to go on in India recently and looks to be a major source of the huge spike there in Coronavirus infections, this RNS story reports. As the story notes, allowing the festival in the midst of the pandemic is "also a sign of Prime Minister Narendra Modi’s BJP-led government favoring Hindu beliefs over safety." Modi is a Hindu nationalist and has been, over all, a disaster for India on many levels. And now hundreds of thousands of people are paying a really high price for his terrible decision making.

P.S.: The neo-Nazi who murdered Mindy Corporon's father and son and Jim LaManno's wife in April 2014 at Jewish sites in suburban Kansas City has died. The Kansas City Star story to which I've linked you says he (I am loathe to use his name) died at the El Dorado Correctional Facility in Kansas. Recently I had a chance to sit down with Mindy and do a virtual interview with her about grief and healing. She covers that subject in her new book, which was released this week. It's called Healing a Shattered Soul. And I cover that subject in my own new book, Love, Loss and Endurance: A 9/11 Story of Resilience and Hope in an Age of Anxiety. You can watch the video of our conversation here.