Religious groups seem to attract surveyors and scholars like ants to a picnic. 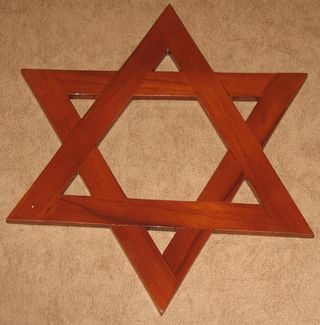 For instance, the Pew Research Center regularly looks at the American religious landscape so you'll know that Orthodox Christians make up one-half of one percent of the population. You needed to know that, right?

And the Association of Religious Data Archives can tell you pretty much anything you want to know about religion in America (and a lot about religion around the world). Better yet, it includes links to many of the other surveys about religion.

So it should be no surprise that researchers -- in this case, from Pew Research -- would take a periodic look at Jews in the U.S.

In fact, Pew just released this large survey about that covering 2020. It's called "Jewish Americans in 2020."

One unsurprising conclusion is that older people in the Jewish community tend to identify as religious. By contrast, roughly 40 percent of Jews ages 18-29 do not consider themselves religious.

But it may be surprising to learn that "younger Jewish adults are much more likely than older Jews to identify as Orthodox."

Rabbi Brad Hirschfield, president of the National Jewish Center for Learning and Leadership, has written this RNS piece in which he pulls out what he considers the take-aways from the Pew study. I've met Brad a few times, interviewed him and am impressed with his mind, so I know he's worth reading.

For instance, he writes this: "The Pew study repeatedly distinguishes between 'Judaism' — religious acts — and 'Jewish culture' — the many things Jews do that have Jewish meaning and significance but don’t include synagogue, liturgy or God.

"This is a potentially misleading dichotomy. . .The very distinction made between culture and religion assumes that there is a Jewish religion that is distinct from Jewish culture and implies that that culture does not accomplish many of the very things that religion accomplishes."

Good point. I know some Jews who make it a point to belong to a synagogue even though they rarely attend and would not describe themselves as "Torah-observant." But they belong out of a sense of solidarity with other Jews.

Hirschfield also expresses concern that many Jews seem more interested in their children marrying people who agree with them politically rather than those who are in Jewish harmony with them.

As he writes, "What’s most disturbing in this finding is that it indicates that politics has become the thing that stirs our passions, as religion used to. Our loves and our divides are based not on where we pray but on how we vote. That Jews feel this way, too, only means we are part of America in every sense of the word."

Such surveys -- of any religious group -- inevitably smooth over differences and fail to notice certain trends that are just showing up. But the Pew folks do a good job and this probably is as accurate picture of Jewish Americans as you're likely to get at the moment.

As Hirschfield notes, "More troubling is the gap between counting Jews and making Jews count. Data is never the whole story, nor what we do with survey numbers. . ."

IS THE ISRAELI-PALESTINIAN CONFLICT DIFFERENT NOW?

One way to get an insight into the current fighting between Israelis and Palestinians is to listen to an Arab man from the area who would love nothing more than for some kind of permanent peace to exist between the two sides. This Forward piece quotes him at length on the situation on the ground there now. "This time," he says, "the wound is much much deeper than before. Luckily, we have a short memory, and maybe the memory of people in Israel, Jews and Arabs, is shorter than the memory of other nations around the world. That’s the blessing we have in the holy land." It reminds me of what I heard an Israeli historian say on NPR the other day: The Israeli-Palestinian dispute, which is a subset of the Israeli-Arab dispute, he said, is one that can be managed but not solved. I suppose that's true of life, too, but in this case not coming to some kind of peaceful resolution is continuing to cost precious lives while incompetent or uncaring leaders seem not to be held accountable.