Home Archives Profile
Ramadan is a chance to learn about Islam in the U.S.
Religious liberty is under threat around the world

Why authoritative, not authoritarian, religion is needed 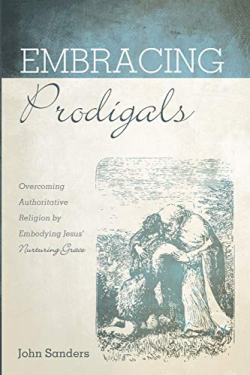 It's the authoritarians who usually cause the trouble.

This Patheos.com blog unpacks this dichotomy in a helpful way. Its' written by Roger E. Olson, a professor of Christian theology of ethics at George Truett Theological Seminary at Baylor University. He calls himself an evangelical Baptist.

In the essay to which I've linked you, Olson is responding to a new book called Embracing Prodigals: Overcoming Authoritative Religion by Embodying Jesus' Nurturing Grace, by John Sanders.

Olson makes the valid point that Sanders picked the wrong word for the title -- "authoritative." He should have chosen "authoritarian," Olson says.

"I think religious leaders should be authoritative," Olson writes, "without being authoritarian." Correct. So the two styles he wants to explore are "authoritarian" and "nurturing."

As an example of authoritarianism, Olson describes the Christian college he attended: "Most of my classes were taught in authoritarian style; most of the chapel speakers were authoritarian. There was a general atmosphere of oppression of students and teachers who dared to question anything preached in chapel or done by the administration. And many of the teachers spiritually abused students who dared to ask any questions that implied doubt about what was being taught."

But he argues that religious leaders and institutions can be both authoritative and nurturing. And, in fact, unless religions are going to throw out all the rules, beliefs and traditions, someone has to know, fairly authoritatively, what they are and be able to explain them.

Being "authoritarian," he writes, "is usually problematic, while being authoritative is sometimes justified."

What happens when certain branches of religion become almost exclusively or entirely authoritarian? You get the results that we saw in the 9/11 terrorist attacks, results I describe in my new book, Love, Loss and Endurance: A 9/11 Story of Resilience and Hope in an Age of Anxiety. You get people who have no room for sincere questions or doubts. You get people who think God has deputized them to smack the world into shape.

FUNDING CHURCHES IN A POST-COVID ERA

One way churches have raised money is by passing the collection plate at weekly services. But as this RNS story notes, "passing the offering plate, once a staple of worship, has largely halted due to the COVID-19 pandemic. And given the rise of a cashless society — and the popularity of electronic giving — the days of passing the plate may soon be over." So congregations will have to pivot in one more way. All of this reminds me of the old joke in which a $50 bill, a $20 bill and a $1 bill were describing their lives to each other. The $50 and $20 had exciting stories of great restaurants, travel and big tips. The $1 said the only place it had ever been was from one collection plate to another. (I didn't say it was a funny joke.)