Home Archives Profile
A story that challenges a stereotype
Why authoritative, not authoritarian, religion is needed

Ramadan is a chance to learn about Islam in the U.S.

In this month of Ramadan, it's helpful to think about the history of Islam in what eventually became the United States and about how this ancient religion (ancient, but younger than Judaism and Christianity) is negotiating its place in the American religious landscape. 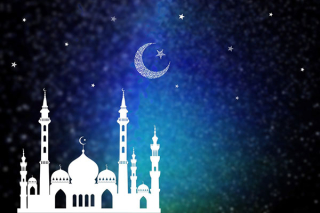 One way to start that would be to visit the online exhibit of religious artifacts at the Smithsonian National Museum of African American History and Culture to see the Muslim artifacts. Here is an RNS story about that. It includes a link to a blog post that displays some of the items.

As the story notes, "More than a tenth of the 1,093 religion objects at the Smithsonian National Museum of African American History and Culture are Muslim artifacts. And as the Muslim holy month of Ramadan begins, the currently closed museum is highlighting these artifacts tied to Islam on its website’s blog."

Many Americans think that this country began almost exclusively with Christians. Well, Christians clearly were a vast majority of among the first European invaders. But the first Muslims arrived as slaves before the U.S. was even founded -- to say nothing about the Indigenous people who, with their native spirituality, were present before anyone else was here.

You can read about the history of Islam in this land in this VOX story. As that story reports, "In the early years of America's founding, the vast majority of Muslims weren't citizens but slaves. Scholar Richard Brent Turner explains that researchers disagree over the number of Muslim slaves that were brought to the Americas, and estimates range from 40,000 (in just the US) all the way to 3 million across North and South America and the Caribbean."

Today there the best estimate of the number of Muslims in the U.S. is just under 3.5 million and includes two primary categories -- immigrants and African-American converts (along with a few others). 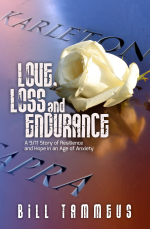 It was not, of course, until the 9/11 terrorist attacks that most Americans began to think very much about Islam. And, as I note in my new book, that's sort of like non-Christians first beginning to think about Christians because of some news about the Ku Klux Klan or current Christian white nationalists.

But Ramadan gives all of us a chance to get a better understanding of Islam, and particularly about how it is finding its way in the U.S. -- after being here all these centuries.

FALLOUT FROM  THE VATICAN'S ANTI-GAY STATEMENT

When the Vatican recently reaffirmed it wouldn't allow priests to do same-sex weddings because "God cannot bless sin," some Catholics, in anger, frustration and sorrow, left the church, this RNS story reports. The result of that Vatican statement, the story says, is that "some have decided to leave their Catholic identities behind, while others remain hopeful the church will eventually become more accepting." The sad thing about any branch of Christianity that condemns homosexuality in that way is that such a view is based on a misreading of scripture, as I argue in this essay. The Bible, in short, should not be used as a weapon in this discussion. Rather, its message of God's unconditional love for all humanity should be the guide. Any time you find a religious rule that makes anyone a second-class citizen, you can bet that the religion promoting that rule has gotten things wrong.

P.S.: The guilty verdict on all counts in the trial of former Minneapolis police officer Derek Chauvin yesterday would not have been possible had many individuals not chosen to stand up for what's right. (I'm particularly thinking of the people who recorded the death on their cell phones.) They tried to protect life. They tried to stop violence. They tried to get the criminal justice system to behave. They called the police on the police. All the world's great religions teach people to chose right over wrong every day, every hour. Had Chauvin himself chosen right on that fateful day, none of this would have happened -- at least not at that spot on that day. So, yes, the Floyd case involved a series of individual decisions. But let's also remember that those decisions were made within the context of a policing system that needs reform. We ask police to do things that social workers, mental health professionals and others with special skills not requiring being armed should be doing. It's long past time to fix that. We need the police for situations of actual or potential violence. We don't need armed officers to use violence on motorists with a back light out or on shoppers passing counterfeit bills or on delirious and obviously deranged people shouting and behaving bizarrely in the streets. In the meantime, thank goodness for people who refuse simply to be bystanders when they see evil deeds in front of them. It's the job of all of us in this time of new beginnings.