Home Archives Profile
Returning to the cross of Good Friday
Ramadan is a chance to learn about Islam in the U.S.

A story that challenges a stereotype

National Public Radio's religion reporter, Tom Gjelten (pictured here), is retiring. Before he wrapped up his long NPR career (the last six years covering religion), he did an interview with Michel Martin for the "All Things Considered" show. 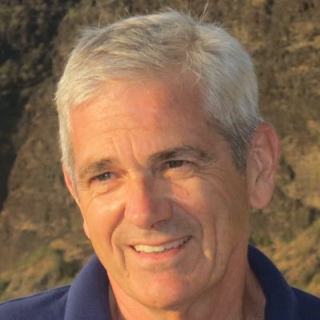 Primary questions were what changes he has seen in the American religious landscape and what was a favorite story he covered.

It probably was no surprise that Gjelten devoted much of his time covering various aspects of how faith communities were dealing with an increasingly open LGBTQ+ community.

As Gjelten noted, "LGBTQ people have become more open about their sexual orientation, their gender identity. I think one result of that has been that LGBTQ people have faced increased hostility, especially from religious people."

I have maintained for several decades that one reason for such hostility from some branches of Christianity is a misreading of scripture. You can read my argument about that here. In some ways that hostility is waning and gay people are finding welcome homes in some congregations and denominations, but that struggle is far from over.

I was most interested in Gjelten's story of how a young Muslim woman found welcome in the American South.

He told the story of  "Aqsa Mahmud, born in Pakistan, raised in Georgia. Some of her closest friends there were born-again, Jesus-believing Baptists."

Gjelten quoted Aqsa this way: "I am so grateful to have been a Muslim growing up in the South. Only in the South could you say to your friend and be like, hey, you know what? I've got to pray. And they'd be, like, of course. Like, they talked about God in a very personal way. Like, their relationship with Jesus made me want to have a closer relationship with God."

Gjelton concluded this: "We have this stereotype of Southerners, evangelicals being intolerant. Here was a Muslim girl who actually felt more comfortable in the South because her friends there were more open talking about faith. It really challenged those stereotyped ideas."

That's a good lesson. It's not to say that you can't find irrational Islamophobia in the South and elsewhere in the U.S. and the world. But making assumptions about what people believe based on where they live is a foolhardy business and is itself a form of bigotry.

CAN A DIVIDED EVANGELICALISM BE HEALED?

The American Christian evangelical world -- like the American political world -- is badly divided. As this article in Christianity Today notes, "One group within American evangelicalism believes our religious liberties have never been more firmly established; another that they have never been at greater risk. One group believes racism is still systemic in American society; another that the 'systemic racism' push is a progressive program to redistribute wealth and power to angry radicals. One is more concerned with the insurrection at the Capitol; another with the riots that followed the killing of George Floyd. One believes the Trump presidency was generationally damaging to Christian witness; another that it was enormously beneficial. One believes the former president attempted a coup; another that the Democrats stole the election. One believes masks and vaccines are marks of Christian love; another that the rejection of the same is a mark of Christian courage." It's an article worth reading because it sets up a framework that might lead to a narrowing of these divisions. As the author of the piece, Timothy Dalrymple, writes, "Information comes through three sources: media, authorities and community. One reason for our disunity is that these three sources are in crisis in American evangelicalism." Maybe if evangelicalism can lessen its divides there might be a model for the rest of America.