Home Archives Profile
Religious ideas can be both generative and dangerous
How do we explain 'moral' atheists?

We are now two months out from the 1/6 domestic terrorist attack on the Capitol building in Washington, D.C., but clearly we aren't past it. And may not be for some time. 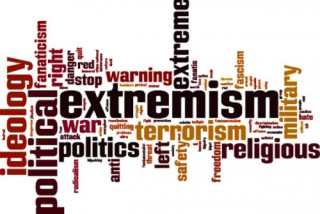 In the latter category are faith leaders, especially certain Christians who identify as evangelical. As this RNS story reports, a group of more that 500 of them recently signed a letter "decrying 'radicalized Christian nationalism,' arguing that the religious expressions by insurrectionists during the Jan. 6 attack on the U.S. Capitol are 'heretical' and a 'perversion of the Christian faith.'”

Some people were shocked to find that quite a few of the people storming the Capitol on Jan. 6 carried signs with them identifying them as Christians, or at least followers of Jesus. I'm reminded of what someone (Gandhi?) once said about loving Jesus but often being disgusted with his followers.

The open letter from the faith leaders that RNS reported on said, “We know from experts on radicalization that one of the key elements is a belief that your actions are ‘blessed by God’ and ordained by your faith. This is what allows so many people who hold to a Christian Nationalism view to be radicalized.”

Indeed, time after time throughout history we've seen radicalism and violence spring from religious certitude. Once you think God is on your side or you are on God's side, there's hardly a limit to the nonsense you can believe and the destructive acts you can perform.

It's one reason I wrote my book The Value of Doubt: Why Unanswered Questions, Not Unquestioned Answers, Build Faith. My argument in that book was that the opposite of faith isn't doubt but, rather, certainty. To make sense of life and give it meaning, we have to be at least somewhat comfortable with ambiguity, mystery, uncertainty. In religious terms, after all, we are people with finite minds trying to grasp the infinite. We'll never fully get it.

The RNS story about the newly released letter also reminds us of this frightening reality: "The letter comes on the heels of a new report by the conservative American Enterprise Institute revealing that more than a quarter of white evangelicals — more than any other religious group polled — believe the debunked QAnon conspiracy theory, an ideology that was well represented among insurrectionists on Jan. 6."

Maybe such letters will help turn the tide against such nonsense. And yet it seems that nonsense always finds an audience. Sigh.

The sexual abuses committed by the late evangelist Ravi Zacharias have undone his reputation. More than that, they have prompted church leaders to examine how he got away with this deception for so long and to wonder who is getting away with it today, this RNS story reports. It's exactly the question that should be asked -- and that should have been asked regularly for the last century or more. This kind of behavior has not been nearly as rare as some people imagine. And each time it happens it injures the faith community involved and religion in general. What is your faith community doing to make sure it's not happening there?