Home Archives Profile
How wealth is dividing American Catholicism
Are religion and secularism in a U.S. battle to the death?

About a year and a half ago, I reviewed here a Holocaust-related book by journalist D.Z. Stone, which I found both intriguing and, in its style, surprising. 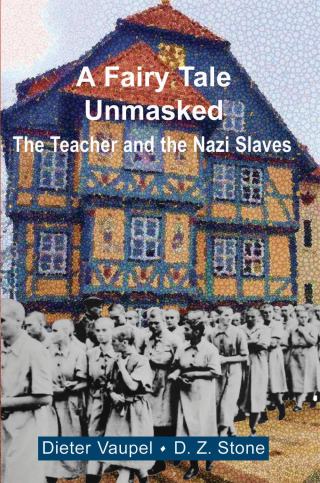 Now Stone is back with another Holocaust book, and she continues to offer the unexpected. It's called A Fairy Tale Unmasked: The Teacher and the Nazi Slaves. Dieter Vaupel, the teacher, is listed as co-author.

The story begins when Vaupel is a high school teacher in a central German town, Hessich Lichtenau. Each year one week is set aside for class projects of various sorts, and in the early 1980s, Vaupel's class decided it wanted to explore the question of what the Nazis did in their town.

The teacher and the students almost immediately ran into roadblocks from local officials and silence from residents. There were some secrets that no one wanted to share. But persistent digging finally turned up the reality that there was a major munitions manufacturing plant for the German military at the edge of town in World War II. Beyond that the young researchers discovered that 1,000 Hungarian Jewish women had been sent directly from the Auschwitz death camp in Poland in 1944 to be slave laborers in that factory.

Piece by piece, over several years, Vaupel and his students uncovered the sorrowful and brutal truth of what happened in their town. Beyond that, they eventually made contact with some of the women who survived their extraordinary ordeal. They arranged for their town to honor the women with a plaque and they invited them to return to the town to be celebrated and to tell their stories.

The depth of the trauma the women went through is reflected in quotes from two of them: "Even today I startle from the nightmares screaming because the stress on the soul was too great." And: "I feel that the humiliations suffered there affect a whole life, that the last animal was treated better than we had been for a whole year. But in general, the circumstances, the anxiety, the fear of death and the subsequent depression have left indelible traces."

That's what results from human hatred.

The second part of the book (which readers may find a little repetitive of the first part) focuses primarily on the story of one of the survivors, Blanka Pudler, who tells the astonishing story to Vaupel of how she and her sister Aranka made it through.

"We are slave laborers," she says, "no more, no less. . .Those who die are simply replaced." And yet, on rare occasions, Blanka finds a German worker at the factory who treats her as a fellow human being, causing Blanka to comment, "So there are humans among the wolves after all."

Close to death after a series of death marches at the end of the war, Blanka and Aranka are liberated by American troops on April 24, 1945:

"Aranka and I sit down on the sidewalk exhausted and tired, falling into each other's arms like so many others.

"We're alive! We made it! We have the feeling that we couldn't take any further step. But we are alive! From now on we are free, but we have no clue what it actually means for us to be free. Human wrecks, skeletons, emaciated, hungry, tired, penniless, no roof above our heads, what shall become of us? What are we supposed to do with our freedom anyway? It's a wonderful feeling to be free. Tears run down my face, tears of joy. Tears of relief. But also tears of sorrow. I feel joy but at the same time everything suddenly seems so hopeless. Totally overwhelmed by the emotional chaos."

What the whole of European Jewry experienced -- the Holocaust that resulted in the death of some six million of them -- was a direct result of the murderous bigotry of antisemitism, which so deeply affected not just Adolf Hitler but much of the German population and beyond.

Antisemitism and other forms of bigotry, of course, still exist, as I note in some detail in my own new book, Love, Loss and Endurance, a 9/11 Story of Resilience and Hope in an Age of Anxiety.

But it and other hatreds cannot be uprooted if we don't know about their history. That's what makes books like the one Stone and Vaupel have written so valuable.

When the Vatican this week said that Catholic priests could not perform marriages for same-sex couples, even Pope Francis went along. No doubt that disappoints many, many people. Each religion, of course, is free to make its own rules, but my guess is that some day this new blocking of gay marriage will be seen by many as the equivalent of the terrible Dred Scott U.S. Supreme Court decision before the U.S. Civil War. Catholic Church teaching still calls homosexuality "objectively disordered." If I were gay and Catholic, would I stay in the church? I doubt it. But I'm neither, so that's not my call. (Here, by the way, is The National Catholic Reporter's explanation of this latest move.)