Home Archives Profile
Who can fix a divided Christianity in America?
Jesus as a moral stranger -- and other life observations

Worsening anti-Jewish attitudes no longer caused by the church?

There simply is no question that almost from its beginning, Christianity preached a pernicious anti-Judaism. In response, Jews defended themselves and attacked these Jesus followers. But that response has been nothing like the virulence of Christian-led attitudes and actions against Jews. 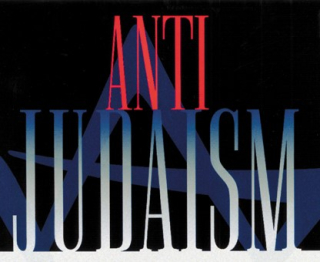 My essay about the history of that sad story is here.

But let's not imagine that nothing good has happened within the last century to begin to correct that terrible stain.

In fact, this RNS column by Ken Jacobson, deputy national director of the Anti-Defamation League, cites several developments that are cause for celebration in all of this.

Jacobson writes this: "Beginning in the 1960s with the Second Vatican Council’s declaration, known as 'Nostra Aetate,' the church explicitly rejected Jewish collective responsibility for the death of Jesus. The significance of this statement in improving the condition of Jews in Western countries can hardly be exaggerated.

"Not only are these ancient tropes banned from Catholic teaching today, but Catholic kids are not being exposed in such an authoritative manner to those anti-Semitic epithets that were so destructive."

More than that, he writes that "as a result of its transformation, in a world where anti-Semitism is resurgent — classically on the far right as well as in the guise of criticism of Israel on the left and in Islamist circles as anti-Zionism — the church has become part of the solution rather than part of the problem."

Which, of course, is not to say that antisemitism and anti-Judaism (the first is racial, social and economic in origin, the second is theological) aren't still problems. Indeed, globally antisemitism has been resurgent for several decades, and it has rediscovered a home in the U.S. in recent years, too. Globally its source more often is from within Islam now than from within Christianity, but in any case the ancient hatred still lives.

That said, the Catholic Church should feel good about the direction of the journey it has been on with its Jewish brothers and sisters. Much is left to be accomplished in this area, but Jacobson says this: "These are hopeful notes at a time when so much seems to be falling apart."

Lawmakers in France, where Islam is now the No. 2 religion, are debating a controversial new bill aimed at knee-capping radical versions of Islam, which I and others often refer to as Islamism, to differentiate it from traditional Islam. There is much about which France should be cautious here. It would be easy for French leaders to ignore essential religious freedom and it would be just as easy for them to ignore the threat of violent extremists. In matters like this, governments always should err on the side of liberty. Still, there are law enforcement tools to be used in appropriate ways and there are educational tools, too, that must be employed. What France must not do is adopt measures that would crush legitimate expressions of religion while seeking to control radicalism. That will require some serious adult discernment.

P.S.: If you missed my latest Flatland column when it posted this past Sunday, you'll find it here. It's about a clergy group in Kansas City working with the police and neighborhood groups to stem the plague of violence in our city.

ANOTHER P.S.: In my recent column for USA Today, I wrote about the need to finish the remaining cases of prisoners that the U.S. is keeping at Guantanamo Bay and shut the place down. Now a group of 100-plus organization is asking President Joe Biden to do just that. Here's the Huffington Post story about that.