A couple of months ago, the weekly Bible study group that I help to lead took several weeks to look at the Black Church in the U.S., focusing especially on its theological approaches and the passages of scripture that have been especially important over its history. 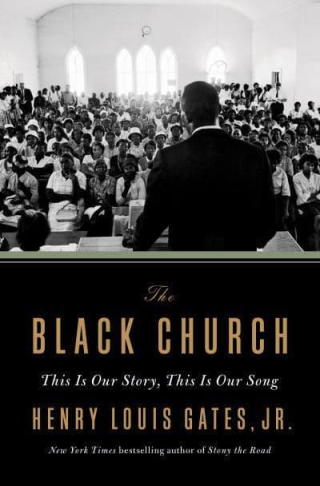 In some ways, that was a response to the heightened focus on Black Americans in 2020 that resulted from several murders of Black people by law enforcement officers, the street protests of that and other matters, all of which produced a desire to understand more about how important the Black Church has been to Black Americans since the days of slavery.

I think we all learned a lot, and I was grateful to two Black clergy friends who joined us for our final session to respond to questions from members of our group.

Now the Pew Research Center has released a new, pretty comprehensive study of the Black Church. As this RNS story about it reports, the study shows that "most Black Americans attend predominantly Black congregations, but a majority think such congregations should welcome people of other races. .  .Pew describes its new 176-page report, based on a survey of 8,660 Black adults, as its 'most comprehensive, in-depth attempt to explore religion among Black Americans.'”

Besheer Mohamed, a Pew senior researcher, is quoted in the story as saying that the breadth of the study could help dispel the notion that the Black church is monolithic and could also demonstrate that there is more to Black religious life than what happens in church.

Indeed, there is. The Muslim population in the U.S. includes a sizeable portion of African-Americans, many of whom are converts or children/grandchildren of converts from Christianity to Islam. Two mosques made up of such people in Kansas City are the Al-Inshirah Islamic Center on Troost and the Al Haqq Islamic Center on Prospect.

But the Black Church, both locally and nationally, has played a pivotal role in the lives of Black Americans and has a fascinating history, starting with its emergence in the time of slavery.

A new book that I've not had the chance to read yet can tell you much of that story. It's The Black Church: This Is Our Story, This Is Our Song, by scholar Henry Louis Gates, Jr. It was just published last week. And that book was the basis of a terrific recent two-part PBS series by the same name. 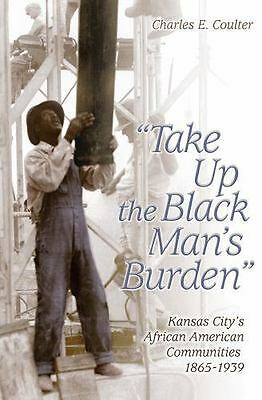 There also are sources that can help you grasp the role of the Black Church in the Kansas City area. One I recommend is by my former Kansas City Star colleague Charles E. Coulter. It's called "Take Up the Black Man's Burden": Kansas City's African American Communities 1865-1939. Lots of detail there about Black churches in the metro.

Offering evidence that the Black Church is not monolithic in its views, the RNS story reports this: "For example, while 44% of Black adults overall say clergy should officiate same-sex wedding ceremonies, 37% of Black Protestants agree, compared to 62% of Black Catholics and 64% of religiously unaffiliated Black people."

Historically, of course, much of the leadership of the Civil Rights Movement came from the Black Church. It still is involved today in racial justice issues, though it seems to have turned over some of the leadership responsibilities to people who are either outside the Black Church or who have motivations that are less theological than, say, such previous leaders as the Rev. Martin Luther King Jr.

In any event, this new study of the Black Church is worth a look as people of all faith traditions try to find their way in this socially tumultuous time.

But it's not the only new research out on the Black Church. As this RNS story reports, the Barna Group just released a survey that finds this: religious Black Americans say understanding the role of religion in the lives of Black people is essential for understanding the African American experience.

The story notes that the "findings, released Thursday (Feb. 18), are the second of several planned reports from Barna’s State of the Black Church project. The first, released in January, found that most attendees of Black churches say African Americans generally feel politically powerless, but those worshippers also see Black congregations as a source of comfort and control."

So now you have two helpful sources for understanding the Black Church today.

A TOLL ON THE CLERGY, TOO

Among those Americans deeply affected by the Covid pandemic are members of the clergy. This NPR piece contains thoughts about all of that from four of them. I was especially drawn to comments by the Rt. Rev. Jennifer Baskerville-Burrows, bishop of the Episcopal Diocese of Indianapolis, who said: "My role as bishop is to care for all those clergy who are caring for lay people. There are about 150 of them who I am in touch with regularly. I know it's been a toll on them to figure out how to do ministry in a way they have not been trained for. Who am I, as a priest, as a minister, if I can't do those things that are bedrock – showing up in person, laying hands, touching, anointing with oil? We have lots of conversations about what it means to be a minister or a priest in this time when those foundational things are not available to us." This may be a good time to give a bit of tender care to your own priest, imam, pastor, rabbi. . .