Home Archives Profile
When science studies religion, watch out
Who can fix a divided Christianity in America?

A week ago today we heard the first sermon by the lead clergyperson of our American civil religion. And some of you thought it was just President Joe Biden's inaugural address. 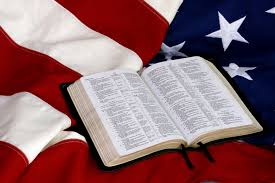 The term "civil religion" was popularized several decades ago by scholar Robert N. Bellah. In this essay, he defines it as "the subordination of the nation to ethical principles that transcend it. . ."

There have been exceptions, but presidents generally try to articulate those ethical principles without calling them civil religion and without referencing any particular institutional religious tradition as the source of those principles.

Thus, Biden put it this way in his inauguration speech: "What are the common objects we as Americans love, that define us as Americans? I think we know. Opportunity, security, liberty, dignity, respect, honor and yes, the truth."

You certainly can quibble with his list. Where, for instance, was patriotism? Where was freedom? Beyond that, where was baseball?

But as John Carlson, associate director of religious studies at Arizona State University, writes in this essay, "Presidential inaugurations serve as the high holiday of our American civil religion: In front of 'the temple of our democracy' — the Capitol — presidents and vice presidents take their 'sacred oaths' by placing their hands upon special bibles, often with histories as rich as the ceremony itself. The president's inaugural address serves as a kind of sermon or catechism to the masses. . ."

And here's how Carlson defines the term: civil religion "is a scholarly term for the common understanding of principles, ideals, narratives, symbols and events that describe the American experience of democracy in light of higher truths."

There are, of course, dangers in civil religion, including the propensity to imagine that God, however defined, sanctions everything the government does. And often the 13th chapter of the Apostle Paul's letter to the Romans gets cited as a reason to think that God put in power whoever happens to be president at the moment. That's a bad misreading of Paul.

The more serious danger, however, is that traditional, institutional religion will confuse its purpose with patriotism. When you see the American flag displayed in the sanctuaries of Christian churches alongside the Christian flag, you can bet that some of that confusion is happening. Similarly, when people of faith insist that the government in both subtle and obvious ways should promote the teachings and values of a particular faith tradition, you know that things have gone amiss.

On the whole, American civil religion is either benign or beneficial, drawing us together around common values. But at the very least, we should be aware of its existence and how it operates so that it doesn't do what institutional religion sometimes does -- run amok and become extreme ("America: Love it or leave it").

THE VALUE OF TRUTH-TELLERS

Author, pastor and speaker Brian D. McLaren writes in this RNS column about the importance of the moral courage of truth-tellers (whistleblowers) in government: "Whistleblowers help bring accountability, stability and justice when things go deeply wrong. These modern-day Davids v. Goliath have saved lives and institutions, not to mention huge amounts of tax dollars." McLaren was kind enough, by the way, to write an endorsement blurb for my new book, Love, Loss and Endurance: A 9/11 Story of Resilience and Hope in an Age of Anxiety.  And this week my publisher offered readers this description of how we launched this new book Jan. 19 as an example for other authors. By the way, if you want an autographed copy of the book, email me at wtammeus@gmail.com and I'll tell you how we can arrange that.

Also: I have a column in USA Today this morning that describes how the continued presence of 9/11-related and other prisoners at Gitmo continues to cause pain to 9/11 families like mine: http://bit.ly/3acbo5U

P.S.: The future of theological education in the U.S. is the topic of a relatively new podcast series. If the subject interests you, there's more information here.