Home Archives Profile
As we welcome today's change, it's time for a reckoning
'Civil religion' now promoted by a new president

When science studies religion, watch out

Religion is, in so many ways, a mysterious thing, discipline, approach to life, practice. 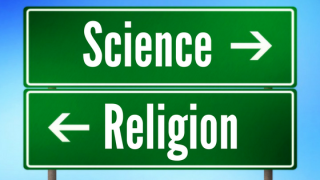 I remember some years ago when a guy I know did a study about whether patients in a hospital got better when others prayed for them -- at least better than patients for whom no one was praying. I thought it was a silly study and said so in print.

But science seems insistent on figuring out whether religion is simply something humans make up in this or that section of their brains to get through what life throws at them. It's not that there may not be some interesting questions about religion that science legitimately could explore (such as whether religious people live longer or healthier lives), but most of what I read about scientific looks at religion makes it seem as if researchers are out to prove something instead of really investigate something.

I'm thinking about all of this today in reaction to this article in The Conversation, which discusses studies seeking to know whether atheists and religious people have different kinds of brains.

As you can read in the piece, over time scientists have approached such questions in different ways, rarely with results that have much satisfied anyone.

Part of the problem, I think, is that it's hard for science to measure the true sources (for the moment discounting revelation) of healthy religion, which are awe and wonder. If you distort religion in various ways (as described in my new book, Love, Loss and Endurance: A 9/11 Story of Resilience and Hope in an Age of Anxiety, you wind up about as far from awe and wonder as you can get and as close to dead, life-stealing dogma as you can get.

I'm not saying religion and science don't have things to teach each other. They surely do. And religion makes a great error when it discounts science, especially if it does so in favor of foolishness, such as the idea that Earth is about 6,000 years old. But despite all the questions that science can answer, the one question it can't answer has to do with purpose. Why are we here at all? That's for religion to answer -- or at least try to.

Still, maybe these scientific studies of religion are useful in that they keep researchers employed and keep journalists busy writing about all of this. And that's something.

A recent statement from the U.S. Conference of Catholic Bishops critical of President Joe Biden reveals a fairly significant split among American Catholics when it comes to the second Catholic president in our history. This RNS story explores that division, saying, "While the statement was not entirely negative regarding Biden — it also called for more dialogue and cooperation between his administration and Catholic bishops in the country — some members of the clergy viewed it as an unnecessary attack on the incoming president." Imagine a faith community divided over something. Shocking. Or not. By the way, this New Yorker piece deals with this subject in more depth, and I commend it to you. As it reports, ". . .outward measures suggest that a different Catholic moment is at hand. Six of the nine Supreme Court Justices are Catholics. So is Speaker Pelosi. So are at least eight of Biden’s Cabinet nominees. So is Representative Alexandria Ocasio-Cortez. Yet the terms of engagement have changed dramatically. The Church to which these people all belong is nearly as divided as the country. . ."

P.S.: The e-version of my just-published book, Love, Loss and Endurance: A 9/11 Story of Resilience and Hope in an Age of Anxiety, got a "No. 1 New Release" flag on its Amazon page earlier this week. If you've had a chance to read the book, I'd love for you to do a review on Amazon. Thanks. Also: FaithAndGrief.org this week released this podcast with me discussing the book and why I wrote it. Give a listen if you have time.