Home Archives Profile
Should preachers serve in Congress? Why not?
As we welcome today's change, it's time for a reckoning

What can we do about all the extremism?

I devote quite a bit of space in my new book (which will be published Tuesday and introduced that evening in a virtual event presented by the Kansas City Public Library) to various kinds of extremists, especially, but not exclusively, of the religious variety. 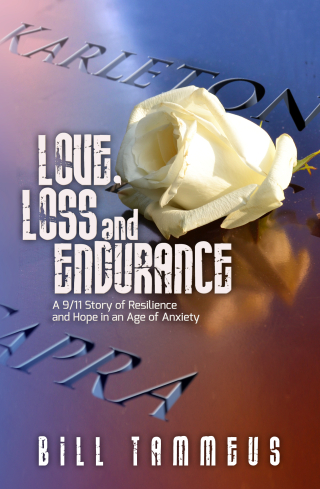 I was well aware, of course, that the world continues to be plagued by various kinds of radicalism, but I didn't expect that the book would be published less than two weeks after a sickening mob of mostly white American extremists of various stripe tried to stop certification of the 2020 presidential election with the encouragement of the loser, Donald J. Trump.

That reality, however, gives us all another chance to be better informed about the diverse kinds of extremism currently at work in the U.S., to say nothing of across the globe.

I found this Jewish Telegraph Agency article quite informative about the range of radical organizations whose members participated in the Jan. 6 coup attempt and who continue to draw in supporters from the far edges of society.

The variety is alarming and disheartening. This Associated Press article outlines in similar detail who showed up in response to Trump's call for supporters to be in Washington on Jan. 6 to try to overturn the election results.

The JTA article begins with a description of one of the rioters who was wearing a "Camp Auschwitz" shirt that, on the back, listed the wearer as "Staff." It was, the piece says, "just one of the images of hateful symbols that have circulated from the mob, whose violence led to four (now five) deaths and wreaked havoc on Congress. Confederate flags and nooses were among the overt hate signs that the insurrection brought into the Capitol."

There were also obvious QAnon conspiracy theorist followers, white nationalist Proud Boys, the Neo-Nazi group NSC-131, the Three Percenters, also known as the III% militia, which is an anti-government militia founded in response to the election of President Barack Obama, as the JTA story reports. There also were visible symbols used "by the Boogaloo Bois, a loose affiliate of anti-government militias that comes armed to protests." Also evident in Washington that day were the "Oath Keepers, an anti-government group like the Three Percenters."

Beyond that, symbols displayed in the riot included, as JTA reports, "Kek" flags, Crusader crosses and the "Marvel comic anti-hero The Punisher," to the chagrin of the creator of that character.

Back for a minute to QAnon, which many people believe is becoming a new religious movement. If you're not familiar with this conspiracy movement, read this 2020 Atlantic article about it. Read it and weep. And here is more sobering information about QAnon.

My former Star colleague Judy Thomas has been writing about domestic terrorism since 1994, and recently wrote this piece about how the Capitol riot foreshadows what may yet come. It's a sobering read, but if you missed it last weekend, give it a read now.

Speaking of radicals, in my new book, I devote a chapter to tracing some of the sources of the curdled theology that Osama bin Laden taught to his followers, including the hijackers. Bin Laden took traditional Islam and warped it so badly that it was unrecognizable, not unlike what Ku Klux Klan leaders did -- and do -- to Christianity.

But, in the end, we are not helpless against extremism. The last chapter in my book offers eight approaches that can help to work against fanatical ideas that can and often do lead to violence. It's not an exhaustive list, but perhaps it will give you some ideas that can help prevent the next 9/11, the next 1/6.

We're in for a long struggle against irrationality, baseless conspiracy theories, diseased theology and other extremism. But we're not without tools and we're not without hope. We cannot, however, just sit by and hope someone else will do the work of undermining all this evil.

AN IDEA FOR A 'NATIONAL HYMN'

The majority whip of the U.S. House of Representatives, James Clyburn, has a great idea: Make "Lift Every Voice and Sing" the national hymn. It wouldn't replace the current national anthem (which I think needs to be replaced), but it's a hymn that speaks of the brutal history of the struggle for racial equity in the U.S. And music often can say what mere words alone can't.

P.S.: Country Club Christian Church in KC is hosting what promises to be an excellent conversation ("A Life Worth Living") via Zoom with New York Times columnist David Brooks and Yale theologian Miroslav Volf at 7 p.m. (CST) Thursday, Jan. 28. You can register for this free event here.