Home Archives Profile
Are all ethical standards rooted in religion? Good question.
What can we do about all the extremism?

Should preachers serve in Congress? Why not?

Yes, it's unusual to have a member of the clergy elected to public office. Unusual, but not unique, as this Religion News Service story notes. But the Rev. Raphael Warnock (pictured here), newly elected Democratic senator from Georgia, is in fairly rare company. 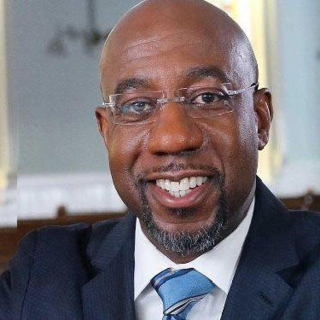 That company, however, includes the man who represents my district in Congress, Rep. (and Rev.) Emanuel Cleaver II, as the RNS story reports.

Warnock has led Atlanta’s famous Ebenezer Baptist Church since 2005 and will continue doing so, apparently.

This gives us an opportunity to demystify the work of people ordained as pastors, imams, rabbis, priests and other clergy positions.

In fact, folks, they're all just human beings, though many of them would say they feel a special divine calling to do the work that they do.

When we place clergy on too high a pedestal, we create a condition that has plagued the Catholic Church (and some other faith communities) for a long time and still does. It's called clericalism. That's when people think priests can do nothing wrong and no harm and also believe almost anything priests tell them.

Look where that -- and complicit bishops -- got the Catholic Church in the priest abuse scandal.

Among the healthiest models for ordained congregational leaders (well, healthiest in one sense) are clergy who do religious duties only part time and hold down other jobs to earn enough on which to live. The model of that is called "tentmakers" after the Apostle Paul. The value of the model is that it helps people in the pews understand that clergy are real people with worries and interests similar to theirs. The disadvantage is that congregations can end up with uneducated clergy who aren't well enough trained to meet the increasingly complex needs of people and who may wander into bizarre theology because they never had the discipline of a good seminary education.

Clergy who get into politics, of course, have to be careful that they don't use the pulpit to tell congregants how to vote and, thus, put in jeopardy their congregation's tax-exempt status. But the flip side of that is that they may be able to bring a sense of morality and civility to the legislative bodies in which they serve -- and, as we all know, those bodies could use more of all that.

Warnock, as you probably know, brings with him the status of leading the church where the late Martin Luther King Jr. preached for many years in Atlanta. So he understands the church-state divide. But he also understands that the Christian gospel compels people to be involved in improving the lives of people in need. In fact, when people tell me they don't want to hear politics from the pulpit, I ask them why they don't want to hear the gospel. The very first confession of faith used by the early followers of Jesus was "Jesus is Lord." That meant Caesar wasn't Lord. That, folks, is political.

UNDERSTANDING THE SYMBOLS WE SAW IN D.C.

As you have seen the photos and watched the many videos of the Trump-led insurrectionist riot on Capitol Hill in the 1/6 terrorist attacks, you may have wondered what all the symbols worn by members of the seditious crowd meant. A scholar of antisemitism, in this article from The Conversation, explains many of them from a Jewish perspective. Which is helpful, but not, of course, the only way to view all of this. We also must see the obvious racial aspects that were on on display, such as the well-displayed noose, reflecting racist thinking that motivates some white Christian nationalists. I have seen even people I know spread the lie that Antifa supporters in disguise made up a good part of the crowd that day. This AP article debunks that falsehood. As we move forward, let's remember the people who chose lies over truth (Sen. Josh Hawley of Missouri and Sen. Ted Cruz of Texas, for starters) and let's find ways to use our prophetic voices to stand for truth.

P.S.: At 6:30 p.m. on Tuesday, Jan. 19, I'll be introducing my new book to a virtual audience through the Kansas City Public Library's YouTube account, which you can find at YouTube.com/kclibrary. An RSVP is required to attend. Here's the library calendar page on which to find the event and RSVP. The book is Love, Loss and Endurance: A 9/11 Story of Resilience and Hope in an Age of Anxiety. (The link on the book's name will take you to its Amazon page. This link will take you to its page on Rainy Day Books' website.) The book describes the trauma in my extended family because of the murder of my nephew in the 9/11 terrorist attacks, then explores how people get drawn into radical thinking that can lead to violence and what we can do about it. I hope you'll join me the 19th by going to the library's YouTube page just before the event starts. And let others know, too, by sharing this, please. Thanks.