My new 9/11 book will be available soon

I want you to know about the coming publication of my latest book -- one that, in a sense, I've spent almost 20 years writing. 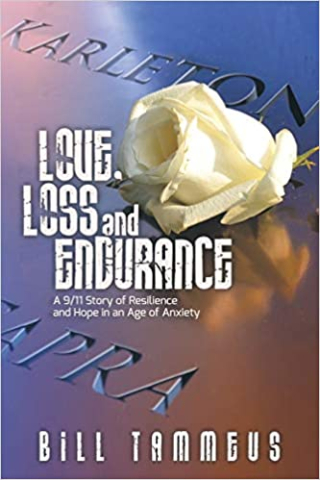 It's called Love, Loss and Endurance: A 9/11 Story of Resilience and Hope in an Age of Anxiety. Its official publication date is Jan. 19, but it can be ordered now in paperback or hardback versions here on Amazon. An e-version will be available later.

In the book, I tell the story of how the murder of my nephew, a passenger on the first plane to smash into the World Trade Center in the 9/11 terrorist attacks, caused trauma after trauma in my extended family.

But the book goes beyond the excruciatingly painful loss of Karleton Douglas Beye Fyfe (pictured below). It also explores the sometimes-mystifying question of why some people get sucked into monochromatic religious thinking that can lead to violence, and it offers some ideas about strategies to oppose such extremism.

This is my seventh book (two of them had co-authors), and it's one of the most difficult writing tasks I've ever undertaken. From the day those 19 al-Qaida terrorists, at Osama bin Laden's direction, hijacked four planes and wound up murdering thousands of people, I have saved family e-mails, notes, letters, columns, blog posts and other material. I didn't have any immediate plans to write a book about all of this when the attacks happened, but eventually it became clear that I had an obligation to tell this story publicly.

I'm one of the few journalists (I personally know of only one other) who lost a close family member on 9/11. So it seemed to me that I really had no choice but to tell this story, even though a few members of Karleton's extended family preferred that I not do that.

But as we commemorate the 20th anniversary of 9/11 in 2021, we have gained some hindsight perspective about what happened and about the theological rigidity that contributed to that catastrophe. Indeed, we now are seeing similarly stark thinking on the far edges of the political spectrum in this country -- and around the world. It's quite literally killing us, and we must find ways to fix that. 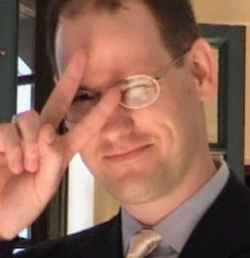 "With the writing of this book done. . .I don’t feel relief and accomplishment. Rather, I continue to be overwhelmed by the loss of smart, sweet, tall, funny Karleton as well as by what often seems like the impossible task of ridding the world of religious extremism and the violence it can engender. I know we must try to eliminate it, and I know I am called to work on that. In fact, I also feel I have no choice about that if I’m to be true to my Christian faith, which obligates me to be an instrument of peace, a channel of God’s grace. I just wish I were more optimistic, more hopeful that humanity can eliminate faith-based violence."

In college I took lots of history courses. And I've read lots of history since then. History doesn't make you an optimist about the human condition. So I don't know if there really is a way to stem extremism, but I do know that religious faith is not about optimism. Optimism is fool's gold. Religious faith, instead, is about trusting God, whom you've never seen, except in each other. It's that faith that keeps me going.

Perhaps some of you will find something in my new book that will encourage you to join the work of living in ways that are respectful, civil and even loving. And if your book club or congregation wants to arrange to have me speak about this book -- virtually now but eventually in person -- just e-mail me at wtammeus@gmail.com.

(I recently participated in a conversation about my work, including this new book, with Mike Matteuzzi, founder of Contemporary Spirituality, and you can listen to it here.)

AND WAS EVE JUST RIBBING ADAM?

An archeology professor has published a new paper in which he suggests that Goliath, identified in the Bible as a giant whom David killed before he became Israel's king, may not have been so amazingly tall after all. Well, fine, but like biblical literalists, this professor seems to me to be missing the point of the story, which had very little to do with exactly how tall Goliath was. Still, I'd like to encourage scientists to continue reviewing biblical stories and sharing their findings. Maybe one day they'll answer the pressing question of whether Adam had a bellybutton.