Is this flood of executions about to end?

The other day here on the blog, I mentioned the death penalty, but just in a quick and incidental way. 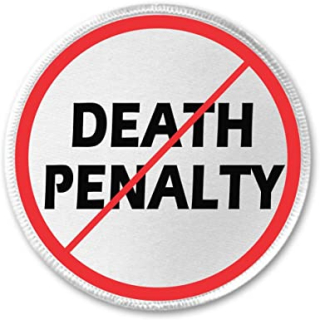 It's time to take it up again in a considerably more serious way, given the final push under President Donald J. Trump to kill off as many federal prisoners as possible before he leaves office. So I am sharing this Religion News Service opinion column on the subject.

The author, Diane Randall, a Quaker, is the general secretary of the Friends Committee on National Legislation.

"Capital punishment," she writes, "is a relic of the past for democracies. That it still exists in the United States when the vast majority of the developed world has long since done away with it is a burden of shame. Capital punishment does not make us a stronger nation. It does not deliver justice but, rather, perpetuates violence and vengeance."

From the time capital punishment was re-instated by the courts in 1976, only a dozen or so federal prisoners were executed until this year. This bloody year has seen that number almost double.

For that reason alone, Jan. 20 can't get here soon enough. President-elect Joe Biden has been a strong opponent of the death penalty for a long time. It's hard to imagine that any federal prisoners will be killed while he's in office. Of course, the dwindling number of states that retain capital punishment still will continue offing prisoners, but at least there will be a halt at the federal level.

People of faith and of goodwill are not of one mind about capital punishment. One reason is that it's possible to find examples of and justification for the death penalty in the Bible. Of course, it's also possible to find creation in six days there, to say nothing of rules forbidding mixing different kinds of fabric into one piece of clothing (like today's poly-cotton blends).

"The fact is," writes Randall, "state-sanctioned killing has always been, and always will be, immoral. It should be abolished in every legal jurisdiction across the country. It does not serve justice but, rather, makes those who carry it out believe they struck a blow for justice. Look no further than the new firing squads and electric chairs to see the reality of the matter."

Exactly. Beyond that, it's impossible to call yourself pro-life if you favor capital punishment.

A few weeks ago, six Southern Baptist seminary presidents issued a statement critical of "critical race theory." It's not that there aren't some issues to discuss related to CRT, but to find this criticism coming from Southern Baptist leaders immediately raises the question of whether they are drifting back to the denomination's origins as a pro-slavery branch of Christianity. The response to their defensive and unnecessary statement has included considerable criticism. The most recent response, as reported in this RNS story, is that a "pastor pursuing a doctorate at Southwestern Theological Baptist Seminary in Fort Worth, Texas, announced in an editorial Wednesday (Dec. 16) that he was withdrawing from his degree program and severing his megachurch’s affiliation with the Southern Baptist Convention." The Rev. Ralph D. West, founder and pastor of Church Without Walls in Houston, wrote this: “In this time, these men chose to castigate a framework that points out a truth that cannot be denied. American history has been tainted with racism. America codified it. And more, our public and private institutions propagated it." It's further proof that despite obvious signs of racial progress in the last 70 years, there is much further to go, especially when it comes to understanding not just individual bigotry but also systemic racism. Sigh.

P.S.: You can pre-order my new book, Love, Loss and Endurance: A 9/11 Story of Resilience and Hope in an Age of Anxiety, here on Amazon. (Publication date is Jan. 19.) Or email me at wtammeus@gmail.com and we can work out getting you a signed copy.