Home Archives Profile
Why religious illiteracy is killing us
Is this flood of executions about to end? 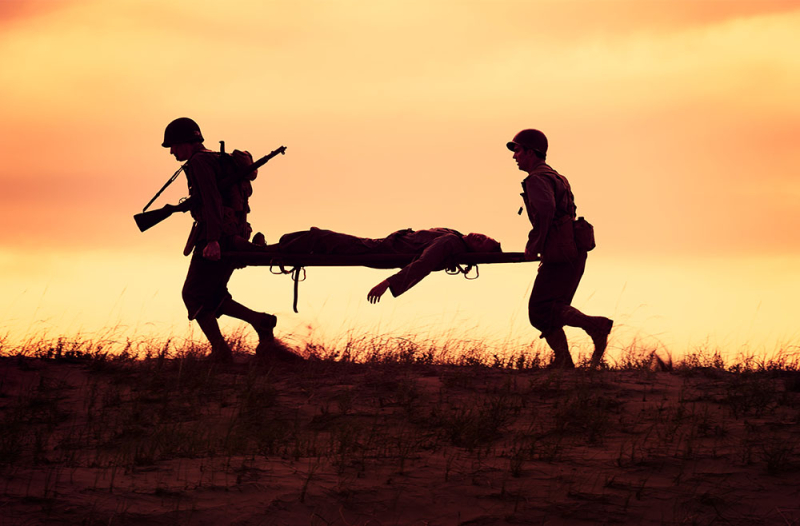 As we move toward the end of this execrable year full of sound, fury, lies, pain and death (relieved a little by the return to form of Royals catcher Salvador Perez), let's take stock of the ways in which human beings are doing what the world's great religions tell them not to do -- kill each other.

There are several ways of keeping track of wars and lesser conflicts, but this site tries to list ongoing armed conflicts.

It shows that at the moment there are four current "major wars," defined as having 10,000 fatalities in this or the past year.

They are: The war in Afghanistan, the Yemini Crisis, the Syrian civil war and the Mexican drug war. As of the other day those four wars had resulted in the death this year of a few more than 53,000 human beings.

Next, that site lists simply "wars," meaning armed conflicts having resulted in between 1,000 and 9,999 deaths in the current or past year. The longest running of these is the Turkish-Kurdish conflict, which started in 1984 and so far has resulted in a total of more than 45,000 deaths.

Lots of governments seem not to be very pro-life.

(Yes, we kill each other in many other ways, too, from murder to state-sponsored executions to car accidents to failing to care for the most vulnerable people on Earth, letting them starve to death or die of preventable diseases. But for my purposes today, I want to stick to armed conflicts.)

A few weeks ago I pulled off one of my shelves a book that's been there since I got a signed copy of it in 1995, Dark Sun: The Making of the Hydrogen Bomb, by Richard Rhodes, a former Kansas Citian. I had read his Pulitzer-Prize-winning previous book, The Making of the Atomic Bomb, but for some reason I never got around to Dark Sun. I've since apologized to Dick for my oversight, and he's forgiven me.

In Dark Sun, there's an accounting of at least part of the toll of World War II -- inflicted on the Soviet Union -- and it took my breath away. I'm going to share it with you today as a reminder of why religious leaders (who sometimes also lead wars or at least encourage them to be fought) warn humanity against war.

One-tenth of the Soviet population -- some twenty million human beings -- had died in the war; millions more were invalids. The NKVD (Soviet state security agency) under Lavrenti Beria had murdered at least another ten million Soviet citizens, a slaughter more extensive than that of the Holocaust. "In the age groups that had bore arms," writes (Russian born journalist and historian Alexander) Werth, "there were at the end of the war only 31 million men left, as against 52 million women."

"Ninety-eight thousand collective farms and 1,800 state farms were destroyed or looted," (Vayacheslav) Molotov (Soviet minister of foreign affairs) reported in 1947; "7 million horses, 17 million head of cattle, 20 million pigs, 27 million sheep and goats had vanished." Meat production was down 40 percent; dairy production down 55 percent. The Red Army was the strongest force in Europe, but the Soviet people were exhausted and nearly starving. And now the battered nation would have to gear up to build the atomic bomb.

In The Decline and Fall of the Roman Empire, Edward Gibbon wrote this: "So long as mankind shall continue to lavish more praise upon its destroyers than upon its benefactors war shall remain the chief pursuit of ambitious minds." He wrote that in the 1700s. All these years later, he's still right. Sigh.

(Speaking of empires and their leaders, it occurs to me that by his refusal to acknowledge the reality of his election defeat, President Trump is seeking to be the emperor with no close.)

A U.S. Supreme Court ruling earlier this week indicates that marriage equality legislation is safe for now, this RNS story says. The case involved an obviously discriminatory rule in Indiana on who gets listed as a parent of a child conceived through invitro fertilization. So far this newly structured court has been pretty reasonable, maybe surprisingly so. May it continue.

P.S.: You can pre-order my new book, Love, Loss and Endurance: A 9/11 Story of Resilience and Hope in an Age of Anxiety, here on Amazon. (Publication date is Jan. 19.) Or email me at wtammeus@gmail.com and we can work out getting you a signed copy.

ANOTHER P.S.: Beginning Jan. 4, Jewish Families Services of Greater Kansas City is offering a biweekly online class to help caregivers of the sick and vulnerable in this Covid time. Details are here. As the JFS website about this says, "Topics will include expanding your spiritual toolbox, being a caring presence with technology, providing for the dying, shiva under the pandemic, new approaches to prayer, dealing with dementia, new forms of loss and grappling with isolation and loneliness."