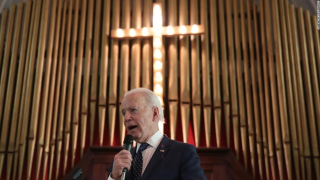 But one question worth asking is what, if any, difference will it make that our new chief executive will be only the second Catholic elected to the office.

Yes, we all know that there's no religious requirement for office and that the only legitimate question about religion to ask candidates for office is how their faith commitments might affect public policy.

All of that said, however, it's clear that Biden brings to the office a long history of engagement with the Catholic Church, even if some Catholics aren't happy with the way he interprets the faith on some issues of social justice.

But I've found three different looks at Biden's religious path that may help you have a clearer picture of how his faith might affect how he governs. The first is this one from the British newspaper The Guardian.

"Biden’s Catholicism," the piece says, "is at the core of his life and is likely to shape the way he governs as president.

“'I’m as much a cultural Catholic as I am a theological Catholic,' he wrote in his book, Promises to Keep: On Life and Politics. 'My idea of self, of family, of community, of the wider world comes straight from my religion. It’s not so much the Bible, the beatitudes, the Ten Commandments, the sacraments or the prayers I learned. It’s the culture.'”

Next, there's this article from the Jesuit magazine America.

It reports that "Mr. Biden has said his faith has helped him cope with personal tragedy, including the death of his wife and daughter in a 1972 car crash and then again in 2015, when his son Beau died from cancer. Mr. Biden had a health scare himself in 1988, shortly after he dropped out of the presidential race. He was admitted to Saint Francis Hospital in Wilmington. With his family gathered around, a priest visited to administer the sacrament of anointing. Mr. Biden healed following surgery, and for the next two decades, he returned to work in the Senate."

And the America piece includes this: “'Biden actually sees his Catholic faith as a key for bringing the country back together and overcoming the divisions that divide us,' Stephen Schneck, the executive director of the Franciscan Action Network, told the National Catholic Reporter earlier this year. 'He thinks there’s something in Catholicism itself that provides a ground where both sides can find commonplace.'”

Finally, this Religion News Service story describes the people on whom Biden will depend when it comes to matters of how religion might affect public policy.

"Compared to Trump," the article says, "President-elect Joe Biden will likely bring a more formal and interfaith approach to religious engagement, closer to the model forged by Bush and Obama. Different religious leaders will likely rotate on and off a fixed advisory council underneath a White House faith office that would host public meetings and produce formal reports."

It also lists a series of advisers who are likely to have Biden's ear when it comes to all of this. Interesting list.

A remaining question, of course, is whether those who identify as white evangelical Christians, who provided so many votes for Trump in both 2016 and 2020, will find their voices ignored in a Biden White House or whether they, too, might be heard. This excellent Atlantic piece by religion reporter Emma Green explores some of that. It's a conversation with megachurch pastor Andy Stanley, one of the few evangelical leaders who declined to join in the mass adoration offered to Trump by evangelical leaders.

The Pew Research Center reports that in 2018 the global level of government restrictions on religions reached the highest it's been since Pew began tracking them in 2007. The 2018 are the latest available statistics. The center said this: "The increase in government restrictions reflects a wide variety of events around the world, including a rise from 2017 to 2018 in the number of governments using force – such as detentions and physical abuse – to coerce religious groups." None of that is good news and shows again the need for such agencies as the U.S. Commission for International Religious Freedom and the U.S. State Department's ambassador at large for international religious freedom (Sam Brownback) need to be calling more attention to the problem and proposing global solutions.