Home Archives Profile
Why do Jews and Christians read the Bible so differently?
What's religion got to do with the election?

The shortage of Catholic priests gets worse

For some decades now, the Catholic Church has been suffering a shortage of priests. Not just in the U.S., but around the world, though some places are doing better than others on this matter. 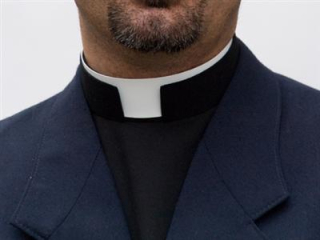 But as this Religion News Service story notes, a new report on all of this shows that with just over 414,000 priests and just over 1.3 billion Catholics, the math yields one priest for every 3,210 Catholics.

What we don't know, of course, is whether at some point this situation will become so dire that the church may consider changing its policy and agree to ordain females as priests. In some cases, women serve as parish administrators, meaning that they do almost all the work of priests except for celebrating Mass. But until now church leadership has been adamant that women cannot and will not be ordained as priests.

As a non-Catholic, I don't have a dog in that fight. But I can say that my Protestant denomination, the Presbyterian Church (USA), which began ordaining women as pastors in 1956, is well served by its many female pastors who, in many ways, make ours a different church than if we continued to limit ordination to men.

Just in terms of pastoral care, for instance, having women to bring a feminine perspective to such matters as marriage and child-rearing is vital. And I certainly don't mean to suggest that female pastors are limited to weighing in on domestic matters. Not at all. Indeed, they bring much needed wisdom to such areas as church finance, governing structures and many other facets of church life that require wise leadership.

I can't imagine what the congregations in our denomination would look like if they were limited to hiring only male pastors. Well, maybe I can. They would cut themselves off from half the potential leadership necessary.

I don't expect to see the Catholic Church change its policy about ordaining women as priests in my lifetime. But there is now more talk about ordaining them as deacons, and perhaps if that happens church leaders may begin to find theological arguments to replace the ones they now use to ban the ordination of women. And, if not, perhaps one day the last male Catholic priest on Earth will retire. And then what?

THE PRESIDENT IS NO LONGER A PRESBYTERIAN

President Donald J. Trump, who was confirmed as a Presbyterian when he was "a child," tells Religion News Service that he now considers himself "to be a non-denominational Christian.” The exclusive RNS interview was done with written questions and written responses, oddly enough. But it's worth a read to get Trump's view on various questions about religion. We Presbyterians, like all Mainline Protestant churches, have been losing members in recent years. But some losses are less painful than others.

P.S.: If you missed reading my latest Flatland column when it posted on Sunday, you can find it here. It's about the clergy alliance working at Central High School in KC.