Home Archives Profile
Will congregations survive the pandemic financially?
Why do Jews and Christians read the Bible so differently?

Can faith help us through this divisive time?

Americans are working through one of the most frustrating years in our collective memory -- and it's not yet clear whether we can emerge from 2020 with any possibility that the "United" in our "United States" name will mean anything at all. 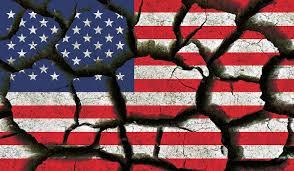 We have been led by a divisive president who seems to understand none of the rules of basic civility. We are struggling against a worldwide pandemic that has infected more than 8 million of us Americans and killed more than 200,000 of us. And the struggle for racial justice finally has awakened many sleeping Americans who, before now, have seemed unable to see that the problem is not individual bigots but, rather, deeply racist systems and institutions that have been working exactly as they were designed to work.

What is so striking to me about all of this is that the U.S. is, at least on paper, one of the most religious countries on Earth. Yes, the role of religion has been shrinking for decades but poll after poll continue to find that the vast majority of Americans believe in some kind of god and that people say they try to live by the values of love and compassion. Something clearly is out of sync about all of that. Perhaps people lie to pollsters. Perhaps they simply don't understand the high standards to which all the great world religions call people.

Whatever, we seem to be at each other's throats today in ways that social media intensifies by making disinformation and misinformation so widely available.

So what can we do about this?

The article to which I'm going to link you today will not solve all of our problems, but perhaps it will give you a place to start imagining a new, more civil future based at least partly on some Buddhist principles.

This Patheos.com post by Rita M. Gross draws on Buddhist thinking to suggest some ways through this damnable thicket.

"From a Buddhist point of view," she writes, "anger is inevitable. From a common sense point of view, it should be obvious that disagreement among people, even people who have similar interests, to say nothing of people with vastly different interests, is also inevitable. The problem is that untrained, untamed people become very upset when others disagree with them, easily falling into a dualistic, 'I'm right and you're wrong — end of story' stance."

That stance, of course, will do us no good whatsoever. It is unnecessarily binary, unnuanced, simplistic and without modesty.

She then writes about stimuli that Buddhist texts identify and that frequently have been translated into English as "aversion, attachment and ignorance," and suggests some responses to those three that may be more helpful than anger or simple insistence that one is right and there's nothing more to discuss.

As most of you know, I am not a Buddhist, but I am not against finding wisdom in any tradition that can help us through our current quagmire. You can read Gross' full article for yourself and see if it helps any. And you can turn to the religious tradition you know best to discover whether it might contain some guidance for us. At the same time, it wouldn't hurt to remind ourselves that sometimes faith traditions can simply confuse us. I remember what French philosopher Denis Diderot once said, which is this: "I have only a small flickering light to guide me in the darkness of a thick forest. Up comes a theologian and blows it out."

So be wise and discerning as you look for light at the end of this current tunnel.

By the way, I will be moderating an interfaith online panel the evening of Nov. 12 in which panelists representing several different faith traditions will be talking about how we get through this pandemic period with faith and hope. For details and to find out how to register, download this pdf: Download News Brief Interfaith Panel

A new survey shows that on almost every critical issue facing the U.S., people who identify as white Christian evangelicals hold opinions markedly different from the rest of Americans. For instance, only 35 percent of them say the coronavirus is a critical concern. Has President Trump led them astray or have they led him astray? Good question. I think maybe the answer is yes.