Home Archives Profile
Don't read another religion's scripture without help
Can faith help us through this divisive time?

Will congregations survive the pandemic financially?

In the long list of institutions and movements that have suffered in this exhausting pandemic, faith communities continue to be damaged in various ways, even as some good things happen to, for and with them. 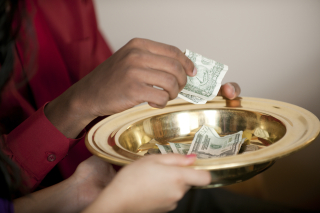 Many Christian churches now are entering what often is referred to as the annual stewardship drive in which members of congregations make financial pledges for the next year. The results tell church leaders what level of programs and other expenses they can afford in the coming year.

Other faith communities handle things differently in many cases. For instance, in most synagogues there are dues or membership fees rather than annual free-will pledges.

But whatever the financial structure, many congregations have struggled with finances because of the pandemic and the ensuing economic struggles that have plagued the nation.

This is especially true in American Christian churches, which, on the whole, have been in decline for decades in terms of membership. There are exceptions, of course, but many congregations -- both Mainline and evangelical -- have been hurt. Membership in Catholic churches in the U.S. has been holding its own, but that's mostly due to immigration.

As this RNS story notes, "According to a study by Barna Group, 65% of American churches have seen a decrease in contributions during the pandemic. A staggering 1 in 5 churches may be forced to close their doors in the next 18 months, the study said. It’s a reckoning that has been anticipated for decades as church attendance has slowly waned and Americans have steadily decreased the proportion of their charity designated to churches."

In response, congregations have been adopting various strategies, from cutting costs by reducing office staff to offering members and visitors new ways to give, including through various online apps.

For instance, in my own congregation, Second Presbyterian, leaders have told members that if they are facing uncertain finances in the coming year, they may make a six-month pledge versus one for the entire year.

The churches, mosques, synagogues, gurdwaras, temples and other houses of worship that emerge in stable and hopeful condition after this pandemic will be the ones who now are rethinking their finances from top to bottom. Hope alone is not a strategy. As that rethinking takes place, members who can afford to do so would do well to consider helping to fill the gaps with renewed and enlarged commitments to see their congregation through.

Love of money, as the Bible says, may be the root of evil, but congregations that don't have money can do almost nothing at all to work against evil.

HELP FOR CHRISTIANS TO UNDERSTAND THEIR JEWISH ORIGIN

A new translation of the New Testament may help Christians understand their Jewish roots more deeply, this Jerusalem Post story reports. The translation, by Brad Young, is called The Hebrew Heritage Bible. Many Christians miss lots of the depth and richness found in their faith's Jewish roots. Maybe this one, not yet published, will open some eyes.

P.S.: In the U.S., our court system frequently is called upon to make judgments about matters of importance to religions. Given that, I thought you might be interested in this article from my friend Markandey Katju, a former justice on India's Supreme Court. In it, he talks about a case that he considers the most important one he ever decided -- and it turns out that it had to do with religion. It involved followers of the Jain religion in India. And he confesses that even 12 years later he sometimes wonders whether he decided it properly.