Home Archives Profile
Pope Francis shows us how to use our prophetic voices
Will congregations survive the pandemic financially? 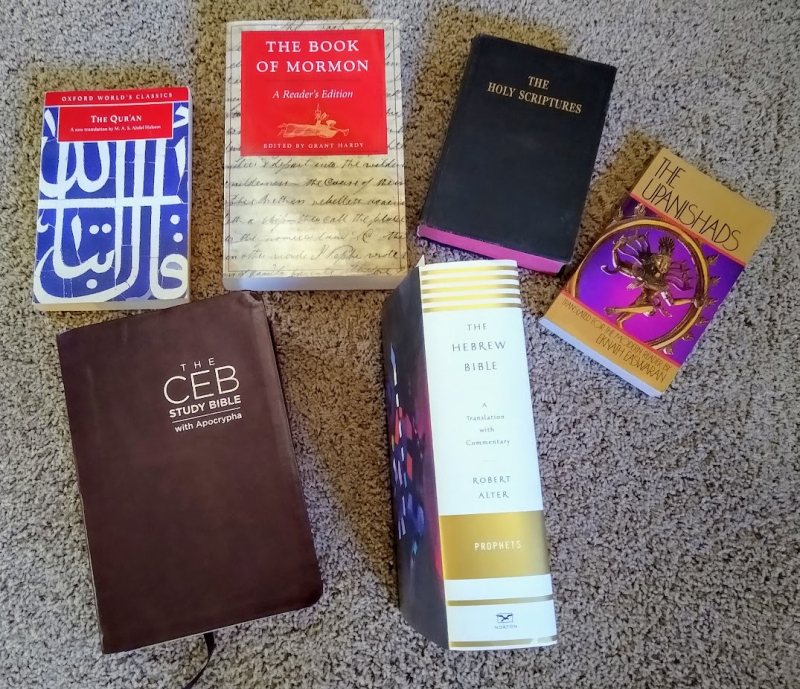 As more Americans recognize that our population is turning increasingly pluralistic in terms of religion, many people, out of curiosity, may be tempted to pick up the scripture of a faith tradition different from their own and start reading it.

The instinct to do that is good, but it can lead people astray pretty quickly. It's much, much better to be introduced to scripture from a tradition different from your own in the company of someone from that tradition to help guide you.

A theologically literate Christian, for instance, could help people outside that tradition understand what Jesus might have meant when he suggested that if your eye causes you to sin you should pluck it out. Similarly, someone articulate in Judaism could explain why God seemed to be happy with an offering from Abel but not with one from Cain, leading to all kinds of trouble.

The idea of reading scripture other than your own with someone for whom that scripture is sacred writ may be especially important with Islam's Qur'an. The 114 surahs (chapters) in the Qur'an are rather different from other sacred writ in several ways, as religion scholar Karen Armstrong explains in her 2019 book, The Lost Art of Scripture: Rescuing the Sacred Texts.

"Europeans and North Americans who bring to the Quran a biblically based understanding of scripture," she writes, "are often baffled. There is no coherent narrative: anecdotes about the prophets are scattered throughout the text, with no sense of progression. Themes are not developed logically; there is no systematic treatment of doctrines; and its constant repetitions seem wearisome. Its surahs have been arranged seemingly arbitrarily, starting with the longest and finishing with the shortest. There is little sense of time: the prophets, whose lifetimes span a millennium or more, are all treated as contemporaries.

"But," she continues, "the Quran is an orally transmitted scripture and designed to be performed, not read silently or sequentially. Well versed in the art of oral recitation, Muhammad's audience would have been able to pick up verbal signals that are lost in written codification (and in translation). They would find that themes, words, phrases and sound patterns recurred again and again -- like variations in a piece of music, that subtly amplify the original melody and add layer upon  layer of complexity. The Quran is designed to be repetitive. Its ideas, imagery and stories are bound together by internal echoes, which reinforce its central teachings with instructive emphasis. Verbal repetitions link disparate passages in the listener's mind and integrate the different strands of the text, as one verse delicately qualifies or supplements others."

For those Muslims whose native language is Arabic or who have become deeply fluent in Arabic, any Arabic Qur'an is written in what has been called that person's "heart language." That's the language in which we think and dream.

And it's why people who use American Sign Language were so thrilled recently at the completion of the first full Bible (other than one done for Jehovah's Witnesses) in ASL. This story describes the idea of heart language relative to the new ASL Bible.

The Wired Word, which provides Bible study material for Christian adult education classes, devoted one of its two most recent weekly lessons to the new ASL Bible. (I serve as a volunteer on the Wired Word team.) That lesson told people this: "To learn more about ASL, see this site from the U.S. Department of Health."

Scripture in any religion is almost impossible to read without help from people who have studied when it was written, who wrote it, to whom, in what language and why. And, speaking of language, it's important to know what the original words meant at the time of writing and what they mean now. All of that -- and more -- is why it strikes me as foolish for people to read any scripture in only a literal way, without interpretive help. A literal reading may be a place to start, but if readers never get beyond that they'll miss almost everything.

So if you're not a Muslim, find one to help you understand the Qur'an. And a Hindu to help you grasp the Bhagavad-Gita. But also know that if you picked a different Muslim or a different Hindu, you might wind up with different meanings than the first two would offer.

When scripture gets less complicated to understand, I'll let you know.

P.S.: The Institute for the Study of Contemporary Antisemitism at Indiana University has a series of interesting webinars coming up. You can read about them -- and sign up for them -- here. The institute's director is Alvin H. Rosenfeld, author of, among other books, Resurgent Antisemitism, which I reviewed here a few years ago for The National Catholic Reporter.