What a compromised King David can teach us

Many characters found in Bible stories are, well, flawed people, starting with Adam and Eve. 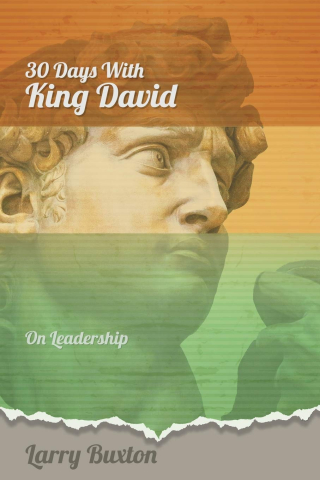 Moses murdered a guy and had to flee. Peter denied Jesus three times, and other disciples of Jesus sometimes come off as dumb as fence posts. Jonah ran away when God asked him to go to Ninevah and shape up the people there.

And King David? Where to start? Well, start with what today almost certainly would be called his rape of Bathsheba and his being an accessory to the murder of Bathsheba's husband.

And David could be a complainer. The novelist Joseph Heller caught that so memorably in his terrific 1984 novel God Knows, in  which David is a prime character. Chapter two begins with David saying that "the killing of Goliath was just about the biggest goddamn mistake I ever made."

Later in the book, David offers this lament: "Some Promised Land. The honey was there, but the milk we brought in with our goats. To people in California, God gave a magnificent coastline, a movie industry and Beverly Hills. To us He gives sand. To Cannes He gives a plush film festival. We get the PLO. Our winters are rainy, our summers hot. To people who didn't know how to wind a wristwatch He gives underground oceans of oil. To us He gives hernia, piles and anti-Semitism." And on and on.

I mention all of this to suggest that anyone who writes a book in which he or she uses King David as a positive role model has not only to acknowledge his failures but, when writing about his assets, pipefit them around his deficits in careful ways. Which is exactly what Larry Buxton, a pastor and teacher, has done in his new book Thirty Days With King David: On Leadership, which will be published Tuesday. It's the second in a series of "Thirty Days With" books from ReadTheSpirit.com, the first being Thirty Days With Abraham Lincoln: Quiet Fire, by Duncan Newcomer.

In the hands of a different author who might have wanted to make strong political points, this book could have been a jeremiad against the leadership (such as it's been) of President Donald Trump. But Buxton mentions Trump only once or twice in passing and does not point out directly that leadership qualities being praised in King David are not only lacking in Trump but often are 180 degrees from how Trump acts.

So if you want to see that in this book, that's up to your interpretation of it, not something Buxton seems to intend.

But here are some of the leadership qualities of David that Buxton suggests leaders today would do well to emulate: Patience, vision, humility, integrity, openness, tenderness, forgiveness, courage, gratitude, self-control, calmness and justice.

In each case he draws on the stories of David in the Tanakh (what Christians traditionally have called the Old Testament) and finds examples of when David acted as a leader with patience, vision, humility and so on. It's an effective technique and a helpful review of this ancient history of Israel and its leaders.

Buxton begins the book by calling David "the world's most famous writer" because he often is credited with writing most, if not all, of the book of Psalms in the Bible. Well, here is where I wish Buxton, who is not reticent to point out David's faults, would have noted that many scholars have determined that David may have written none of the psalms attributed to him.

As the great Hebrew scholar Robert Alter notes in his own translation and commentary on the psalms, "The Davidic authorship enshrined in Jewish and Christian tradition has no credible historical grounding. . .One cannot categorically exclude the possibility that a couple of these psalms were actually written by David, though it is difficult to gauge the likelihood (and some scholars altogether doubt David's historicity)." (The parenthetical marks here are Alter's.)

Still, in his new book Buxton was not out to debate Davidic authorship of the book of Psalms and was just noting that many people know David because, rightly or wrongly, they associate him with the psalms.

But even if David never wrote any of them, his story in the Bible is a deep well from which to draw lessons for our lives, and Buxton helps point the way toward that.

WHEN FAITH DIVIDES THE BODY POLITIC

My friend Mary C. Curtis has written this excellent column about faith and politics as the 2020 election approaches. She calls it an election "that reveals a faith divide as deep as ever in America, as stark as black and white, but with many shades of gray." And she's spot on with this observation: "For too many who would identify as persons of faith, the words of the holy books — with encouragement from leaders who profess to have all the answers — serve as invitations to close hearts and minds rather than reach out to the unfamiliar." I first met Mary through the National Society of Newspaper Columnists, which I once served as president.

P.S.: Continuing the commemoration yesterday of the 19th anniversary of 9/11, here's a recent column on that subject that I wrote for ReadTheSpirit.com, in case you missed it when it posted.