What did we do to deserve the pandemic?

I will start today by asking what I think is a really foolish question and then link you to this Tablet Magazine article that will provide a long, fascinating and complicated answer. 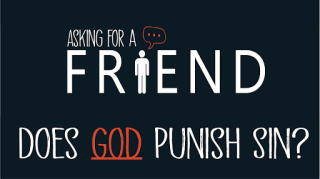 Here's the question: Is humanity being plagued by this coronavirus pandemic because we deserved it for our, well, sins?

The quick, science-based answer, of course, is no. Rather, we're stuck with COVID-19 because viruses exist and can spread pretty easily in the world. (Whether that means God designed things badly is another question altogether, one we'll not get into here today.)

The psychiatrist, psychoanalyst and author who wrote the Tablet piece, Norman Doidge, says this: "Examining one’s actions after a political catastrophe, in which there is often a human hand in the matter, makes sense. But blaming ourselves for plagues, famine and drought does, for someone living in the shadow of science, seem to take human responsibility rather far.

"It seems to partake of that egocentric frame of mind that characterizes the psyche in its earliest stages of evolution, or at its most primitive: The world revolves around us; the physical forces of the universe are woven into our lives, and if lightning strikes us, it is not random, it’s personal. If rain comes after long absence, it is because we are blessed; if a plague comes, it is because we are cursed. That seems so archaic.

Although Doidge writes from a Jewish perspective, I think part of the answer of why "we still do it" lies in a Christian idea drawn from Jewish theological history, which is that we have a personal relationship with God. You see that time and again in the Hebrew Bible stories about Adam, Noah, Joshua, the prophets. God is reported speaking directly to such people.

Christianity has extended that idea to include the way some branches of the church tell people to refer to Jesus: As "my personal Lord and Savior."

So, as Rabbi Harold Kushner phrased it, when bad things happen to good people, those who are people of faith may imagine that they are being punished for not measuring up to what can seem like God's impossibly high standards.

Doidge says this: "Guilty fear exists in a human being who is aware that he or she has developed a conscience, and has crossed it (hence the guilt) and is now awaiting the consequences like a criminal awaiting sentence by a judge. Guilty fear, unlike fear, which triggers the wish to escape, knows there is no escape from the all-seeing parent or God. It is filled with dreadful anticipation. In this, it is forward looking."

One of the many problems with imagining that plagues, hurricanes, tsunamis or plane crashes are God's punishment for our misdeeds is that it allows us to define what is and isn't a misdeed. Thus, you get televangelists saying outrageous things like a hurricane hit this or that city (New Orleans, I'm looking at you) because of that city's lax attitude toward the sin of homosexuality. (For my essay on why there is not "sin of homosexuality," click here.)

The technical name for such trumpery and twaddle is "theological B.S." But it grows out of the common practice of blaming ourselves when disaster strikes.

And yet there is a sense in certain disasters in which we may be, corporately if not individually, to blame. Think of the ecological disaster we are creating on Earth. Don't many of us, especially those of us who live in and support the industrialized world, have a role in pollution, climate change, melting icebergs? Of course we do. But because we bring this on ourselves in defiance of the laws of nature, we should take responsibility for this without thinking directly that God is punishing us by forcing us to breathe polluted air.

So I submit that COVID-19 is not an example of God punishing us for anything. But I do think God is expecting us to respond to this crisis in a sane and humane way. The sooner more of us do that instead of blaming the spread of the virus on sexual relations with demons and on other nonsense, the sooner we'll get to the other side of this (which won't look like what it looked like on the pre-COVID side).

A TALL HONOR FOR BILLY GRAHAM

The statue of a former governor of North Carolina, Charles Aycock (1859-1912), is being removed from Statuary Hall in the U.S. Capitol and will be replaced by one of the late evangelist Billy Graham. As the RNS story to which I've linked you explains, "Aycock was one of the masterminds of the 1898 Wilmington, North Carolina, race riot and coup, in which a local government made up of Black Americans was overthrown and replaced by white officials." One more reason Reconstruction after the Civil War failed. By contrast, as I wrote in this obit analysis of Graham published by The Kansas City Star when he died in 2018, "Graham devoted a good portion of his ministry to breaking down barriers between and among groups of people, including Jews and Christians as well as blacks and whites." Was he perfect at that? Of course not. But at least he was no Charles Aycock. If you waited for human perfection before raising someone's statue, Statuary Hall would be empty.