Predicting how people of faith will vote

It is a risky -- but almost inevitable -- business to try to determine how people of various faith traditions (and none) will vote in any presidential election. 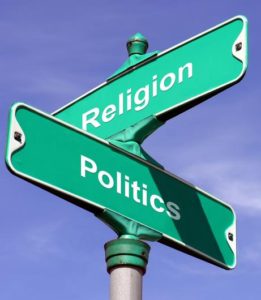 Part of the reason is that not all (fill in the blank) think alike. And, thus, you can have devout Catholics, Lutherans, Buddhists, Jews, Muslims and others vote for Candidate A while others who follow their tradition choose Candidate B (or C through Z).

Still, there are trends, and wise campaign managers will know what those trends are and try to shape campaigns to appeal to certain segments of the population based on religious affiliation. Indeed, now that the Democratic and Republican national virtual conventions are over, they're already at work on that task.

The best rundown of voters along religious lines that I've seen so far for the 2020 Biden-Trump race is this Gallup piece by Frank Newport, a Gallup senior scientist.

It does a pretty careful and thorough job -- with appropriate caveats -- of suggesting where each candidate might plausibly look for votes among people of faith.

And Newport is properly cautious about being too certain of predictions about how the votes will fall. He writes: "Segmenting Americans according to their religious identity is not as straightforward as it might seem. Religious identity is like a Russian nesting doll; opening up one doll reveals more dolls within. Broad religious groups can be divided into smaller religious groups, and those in turn divided still further."

This is especially true in the Protestant world, which is divided in a hundredyskillion different ways. Indeed, in many Protestant churches, especially among Mainliners, you can find congregations that are quite divided politically even though they worship together regularly and care about one another. They understand that church is first about who God is and what God expects of people and only secondarily about political matters.

And yet, as a Protestant, I'd also note that people who say they don't want to hear politics from the pulpit baffle me. They make me wonder why they don't want to hear the gospel, which from the very beginning was marinated in politics. Indeed, the first confessional statement of the church -- "Jesus is Lord" -- was deeply political in that it meant this: "Caesar is not Lord."

At any rate, I think you'll get some good information in Newport's piece. What you won't find is any good explanation of why some 81 percent of voters who identified as white evangelical Christians voted in 2016 for Donald Trump, a man whose very life stands against almost every core value such people have said is important to them. My guess is such voters will continue to vote for Trump again in 2020 but not in quite such overwhelming numbers. There's growing evidence that some of them have rediscovered their moral compasses.

AN OLD CONSPIRACY THEORY LIVES ON

As people worry about new conspiracy theories -- especially those promoted by QAnon -- this Atlantic piece reminds us that the 100-plus-year-old conspiracy fraud known as The Protocols of the Elders of Zion still is with us, despite it being debunked time after time. The book, still for sale in many places around the world, first appeared in 1903 as a made-up story of how a small group of Jews plans to control the world. "It was a fabrication, and a clumsy one," the Atlantic piece notes. But it has survived. In fact, the article says, "Nearly everything about The Protocols is wrong, but just enough about its depiction of the onset of totalitarianism is insightful that it is harder to dismiss than other, more outlandish conspiracy theories. And though its most fervent following is on the far right, the text itself is without any emphatic leftist or rightist coloring. This is why it can be embraced as it is today by disparate groups such as evangelicals, neo-Nazis, some anti-Israel activists and a slice of black-metal fans." Yikes.

P.S.: My latest Flatland column -- about my own journey toward anti-racism -- now is online here.