This past May, here on the blog, I mentioned a valuable book, The Death of Expertise. Its author worries -- with good reason -- that Americans are devaluing what real experts are trying to teach us. Often that's in favor of weird conspiracy theories that should look like fool's gold from a mile away but often, to some gullible people, don't. 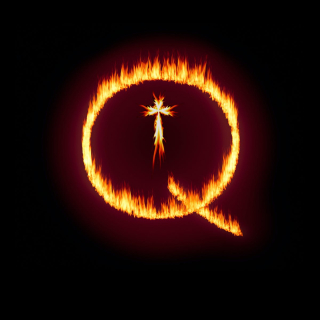 In that same post, I mentioned the weird movement called QAnon. I noted that it's "mentioned in this RNS column about the widespread prevalence of conspiracy theories, particularly among young Americans. And this article from The Conversation describes how some in the QAnon movement are using its bizarre thinking to interpret the Bible."

Well, reality-detached followers of QAnon seem to be infiltrating some Christian churches, this RNS story says. And, thank goodness, that infiltration is alerting and alarming some pastors because they finally are sensing, as the story says, that this movement is "taking on the power of a new religion that’s dividing churches and hurting Christian witness."

Among the conspiracy theories being promoted by and through QAnon, the story says, are these: "that 5G radio waves are used for mind control; that George Floyd’s murder is a hoax; that Bill Gates is related to the devil; that masks can kill you; that the germ theory isn’t real, and that there might be something to Pizzagate after all."

The insidious thing (well, one among many things) about such conspiracy theories is that there is no good way to argue against them because if you do that you become part of the conspiracy that is trying to keep the truth from being known. It's a vicious circle that, once again, reveals the fragility of human reason.

I don't know if QAnon is attractive to certain types of congregations over others, but no doubt it's a good idea for congregational leaders in all faith traditions to be aware of the problem and to have conversations about why truth matters.

Here, from the RNS story to which I linked you, is something else about which congregations should worry: "Once the fascination of far-right commentators and their followers, QAnon is no longer fringe. With support from Trump and other elected officials, it has gained credibility both on the web and in the offline world: In Georgia, a candidate for Congress has praised Q as 'a mythical hero,' and at least five other congressional hopefuls from Illinois to Oregon have voiced support."

When anybody -- thanks to the internet -- can be a publisher, there's no telling what sort of junk gets spewed out into the world. Well, that's not quite true. One way to tell is to follow social media critically. But prepare to be amazed by the technology and sickened by much of the content. If the New Testament is right that the truth shall make you free, there are lots of unfree people wandering the country these days.

(The image here today comes from this piece in The Conversation, which directly asks whether QAnon is forming a new religious movement.)

As the Republican National Convention this week reaffirms the party's desire to keep Donald Trump and Mike Pence in office, this RNS account offers a look at the often-controversial role religion has played in this administration. I bet there's stuff on the list you've sort of forgotten about.

P.S.: Recently I wrote here about all the damage the two Jerry Falwells (Sr. and Jr.) have done to Christianity and religion in general. Then earlier this week Jerry Falwell Jr. reportedly resigned as president of Liberty University. If you didn't read the exclusive interview he did with the Washington Examiner about the affair his wife had and what trouble ensued from that -- eventually leading to his presumed resignation -- you can find it here. What a sad story of bad -- and perverted -- decisions. There's more to the resignation story in this Reuters piece. The reason I'm being careful not to say that Falwell Jr. actually resigned is captured in this note from this BBC story: "On Monday, he resigned from his post -- a decision he later rescinded before confirming he was stepping down after all." Maybe that has changed two or three times in the last hour or three. And yet maybe the resignation really has happened. CNN reports it's true.