Home Archives Profile
All the damage the Falwells have done
Keeping tabs on antisemitism on U.S. college campuses

Misusing religion in India and Turkey

What people consider sacred space should be, but often isn't, protected. As people fight over it, as they're doing now in both India and Turkey (and no doubt in many other places), it's important to remember that such spaces are not ever as sacred as people or as the arrangements people make to live in harmony in community. 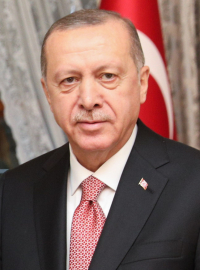 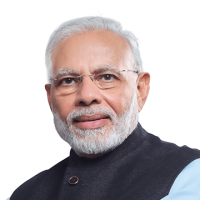 So it's the people, much more than the property, who need to be respected and protected. But the current fights over sacred spaces in India and Turkey seem in many ways to be ignoring that rule. That fight is described in this Atlantic article.

As Yasmeen Serhan reports, "In Turkey, President Recep Tayyip Erdoğan (at left) has acted on his yearlong quest to restore the historic Hagia Sophia, once a Byzantine-era cathedral and museum, as a functioning mosque. Three thousand miles away, in India’s northeastern city of Ayodhya, Prime Minister Narendra Modi (at right) has fulfilled a similar promise, . . .laying the foundation for a new Hindu temple on the ruins of a 16th-century mosque where Hindus believe an ancient temple once stood.

"Yet the transformation of these sites marks more than a simple manifestation of religious adherence. At its core, it represents a concerted effort by Turkey’s and India’s leaders to galvanize support from their religious and nationalist bases, even if doing so comes at the expense of their countries’ religious minorities. Even more fundamentally, it is changing how these two countries see themselves, demonstrating a simultaneous recasting of once-secular republics into fully fledged ethnonationalist states."
In other words, the leaders of those two countries are exploiting sacred space for political reasons and, in the process, encouraging division and even violence among competing religious groups. (Anything sound familiar here?)
Erdoğan has turned out to be a manipulative autocrat who has upended the lives of thousands of Turkish people. Here is a 2017 Flatland column I wrote about how that has affected some Turkish natives in the Kansas City area.
And in India, Modi, as Serhan writes, has been "replacing the secular vision of India’s first prime minister, Jawaharlal Nehru, with a Hindu-nationalist one. . ." Nehru, like all leaders, had his faults, but on the whole he was wise and had his nation's best interests at heart as India became independent from Britain in 1947. Nehru recognized the need to create a nation in which the majority Hindus would not crush Muslims and adherents of other religious traditions.
As a Hindu nationalist, Modi has abandoned that vision. In fact, he's has turned it on its head.
The U.S. continues to struggle with some of the same church-state issues now on the front burner in Turkey and India, but there has been no serious, widely popular movement here to create a theocracy -- despite what it looks like sometimes. And we need to pay attention so that no such movement gains any steam.
And yet in all of this, the current leaders of Turkey and India are not entirely useless to Americans. They can always be used as bad examples.
* * *
WHAT MICHELLE OBAMA GOT WRONG
I used to enjoy hearing former First Lady Barbara Bush speak about whatever was on her mind. She was wise with a sense of humor. And the words Michelle Obama spoke Monday evening to the almost-live Democratic National Convention were terrific, too -- with one small exception. She used a phrase that I consider thoughtless and even self-centered theology. Here's what she said: "Empathy: That's something I've been thinking a lot about lately. The ability to walk in someone else's shoes; the recognition that someone else's experience has value, too. Most of us practice this without a second thought. If we see someone suffering or struggling, we don't stand in judgment. We reach out because, 'There, but for the grace of God, go I.' It is not a hard concept to grasp. It's what we teach our children."
If only she had stopped with "We reach out." Adding the idea that the grace of God spared me (or you) from the same trouble we're seeing in others assumes that God picks and chooses who gets "suffering or struggling" and who, for no apparent reason except divine autonomy, doesn't. It's sort of like saying that when a plane crashed, the person sitting in seat K-22 survived thanks to God's intervention but the person sitting in K-23 died because God couldn't be bothered saving someone else.
Things -- both good and evil -- may well happen to us that we can't explain. But to say that God's grace saved us from suffering implies that the person who experiences suffering isn't worthy of God's grace. Let's be careful with that kind of language. Just because a phrase is widely used doesn't mean it carries wisdom.