All the damage the Falwells have done

Many people who identify as evangelical Christians seem oddly in love with religious leaders who betray or mislead them (Jim and Tammy Bakker, Jimmy Swaggart, Franklin Graham, Robert Jeffress) and political leaders who simply want their votes.

It's hard to understand why such (often) good-hearted people allow themselves to be taken advantage of so often. 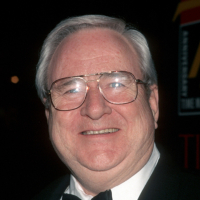 But with the Falwells, the late Jerry (pictured at right) and his son Jerry (left), it's happened again.

As this interesting piece from Good Faith Media notes, because of the older Falwell, "an Americanized version of Christianity emerged with a driving, narrowly focused religious/political ideology that has little to no regard for the life and teachings of Jesus.

"An overriding allegiance to a naïve perspective on abortion – that ignores its complexities and political realities – and aggressive efforts to deny equal rights to women, LGBTQ persons and others became the defining marks of this Americanized Christianity," writes John D. Pierce, Good Faith Media's executive editor and publisher.

And now Jerry Jr. has just taken a leave of absence from his position as president of Liberty University. It's a leave that the author of this RNS piece hopes will be permanent, as a way of putting "a check on Jerry Falwell Jr.’s misbehavior." The author of the piece, Marybeth Davis Baggett, is a former Liberty student as well as a former professor there.

"While the last four years have introduced the public to Falwell’s fixation on money and power," she writes, "these values have infiltrated the school’s ethos and increasingly taken hold under his leadership."

She says that despite all that, she's "hopeful the board will use this moment as a reckoning, that it will take stock of where and how the leadership has jettisoned the mission for expediency and profit, where it has failed to live up to the school’s doctrinal commitments."

And as Pierce notes in his piece, "Personal morality of political leaders, once enmeshed into the formula, became an expendable value in recent years, when conservative Christians decided honesty and integrity are no longer that big of a deal if they can keep a grasp on power.

"Today, the Christian witness is badly tarnished by this movement and is continuously sacrificed on the cheap altar of self-interest, discrimination and fear."

I would argue that the damage goes beyond evangelical Christianity. This lust for power, which led to 81 percent of white evangelicals voting for Donald Trump in 2016, has damaged Christianity generally and, more broadly, religion itself. If this is how religious people behave, after all, who wants to be part of that?

The Falwells and others have lots for which to answer.

THE LIES ABOUT HARRIS ALREADY STARTING

We all knew that as soon as Joe Biden nominated a woman of color as his running mate social media would light up with lies about her. That's the American political system now. But USA Today has done some fact-checking on some of those lies, including the charge that Harris wants to institute Islamic Shari'a law in the U.S. That's a false charge, the newspaper reported. By the way, if you, too, are a non-Muslim who is frightened about Shari'a in the U.S., you might want to learn why your fear is wrongheaded. The best place to start is with a book by a University of Kansas law professor (who is Catholic, by the way), Raj Bhala. It's called Understanding Islamic Law (Shari'a). Digest that before you make a fool of yourself in public talking about Shari'a. Also: here is a Flatland column I wrote about the uselessness of passing state laws banning Shari'a.

P.S.: Curious about Sen. Kamala Harris' connections to religion? This RNS piece fills you in. (And here is an Associated Press story on that subject.) But let's remember that one of the few -- perhaps the only -- legitimate question about religion to ask political candidates about their personal faith commitments is how those commitments might affect public policy. Also: this RNS story describes how Harris, a Baptist whose mother was Hindu and whose husband in Jewish, represents the conglomeration of religious traditions in one family that is becoming much more common in the U.S. today.