It's past time to scrap the term 'Judeo-Christian'

Over the course of my life, I've often heard that the U.S. has an important "Judeo-Christian heritage." And that this heritage continues in many ways to define who we Americans are and what we stand for. 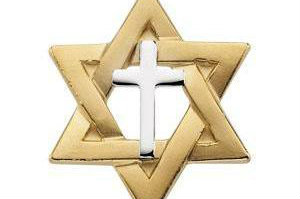 The only problem with that assertion is that it's never been true, as this Atlantic article notes. And it's way past time to quit using this phrase, which inaccurately defines our origins and now increasingly excludes large segments of our religiously pluralistic society.

As James Loeffler, professor of Jewish history at the University of Virginia, writes in the Atlantic piece, "(T)he 'Judeo-Christian tradition' excluded not only Muslims, Native Americans and other non-Western religious communities, but also atheists and secularists of all persuasions. American Jews themselves were reluctant adopters. After centuries of Christian antisemitic persecution and philosemitic fantasies of Jewish conversion, many eyed the award of an honorary hyphen with suspicion. Even some anti-communist politicians themselves recognized the concept as ill-suited to America’s postwar quest for global primacy in a decolonizing world.

"The mythical 'Judeo-Christian tradition,' then, proved an unstable foundation on which to build a common American identity. Today, as American democracy once again grasps for root metaphors with which to confront our country’s diversity and its place in the world, the term’s recuperation should rightfully alarm us: It has always divided Americans far more than it has united them."

As Loeffler also points out, the hyphenated term only seemed to connect Judaism, the tradition at the root of Christianity, with Christianity itself, even though throughout most of its history Christianity has preached a virulent anti-Judaism, as I describe in this essay.

One of the problems, however, with trying to describe why the Judeo-Christian phrase doesn't work now and never did is that people -- Loeffler included -- are likely to fall into the old trap of misunderstanding the Apostle Paul, who over and over again in history has been used by Christians as a warrant for anti-Judaism because they have falsely painted him as someone who rejected Judaism and its First Century culture and became a Christian.

Here is where Loeffler messed up on that point. He notes that a Protestant pastor, George Docherty, "persuaded President Dwight Eisenhower to officially add the words under God to the Pledge of Allegiance and 'In God we trust' to American currency as part of a 'theological war'.”

Thus, Loeffler writes, Docherty argued that "American society must promote its own identity as a 'God-fearing nation' defined by the 'Christian revelation' and the 'Christian ethic.' To do so would proclaim to the world that 'in this land, there is neither Jew nor Greek, neither bond nor free, neither male nor female, for we are one nation indivisible under God.'”

Docherty there is adapting verse 3 of chapter 28 of Paul's letter to the Galatians. But Loeffler refers to what Paul writes there as "Saint Paul’s famous vision of Christian universalism — 'neither Jew nor Greek' — (which) cast Jews as a people destined to disappear in a future all-Christian world."

The problem is that Paul never was a Christian. Rather, he was always a Jew who was speaking mostly to Gentiles but also at times to other Jews. So he never could have had a "vision of Christian universalism," there being no such thing as Christianity in his lifetime. Getting Paul wrong by making him a Christian has been quite costly over the centuries. It has led to deep animosity between Christians who think Paul abandoned Judaism with good cause and Jews who have come to think of Paul as a traitor because they, too, have bought the traditional Christian view and think Paul rejected his own Jewish tradition.

The person to read to start to grasp this subject in depth is Pauline scholar Mark D. Nanos, who in recent books has been pushing for an understanding of what he calls "Paul within Judaism."

Despite all that, Loeffler's primary point is on target: "The incredible religious diversity that has blossomed in the United States since the 1960s has changed our country for good, and for the better. We cannot turn back the clock to a mythical 'Judeo-Christian America' in order to chart a new course for America’s moral imagination."

As we Americans have shown over and over again in our response to the George Floyd murder and the subsequent civil unrest and protests, if we don't understand our white supremacist history -- including the way our civic ancestors savaged this land's Indigenous people from the beginning -- we'll never know how to fix what is still wrong today, despite the progress in civil rights we've made in the last half century.

Nothing blocks progress more than willful ignorance, of which many of us, including me, have been guilty.

EXCELLENT NEWS IN THE INTERFAITH WORLD

Speaking of interfaith matters, as I was above, there's great and unexpected news about interfaith leader Eboo Patel and his Interfaith Youth Core (IFYC), based in Chicago. As this RNS story reports, the IFYC is receiving a "$6 million gift from author and philanthropist MacKenzie Scott." And it comes just as Patel and his staff have completed a new strategic plan outlining the various ways the organization hopes to expand its work of helping young people become interfaith leaders. As Patel explained, "We're going to be dramatically expanding our online programs. Our first major effort in this is a campaign called 'We Are Each Other's' — with an awesome opening video. We’re going to be supporting our alums, particularly in work around racial justice. And we’re going to be launching a major new initiative about racial justice and interfaith leadership." I've gotten to know Patel and his work over the last several years, and he's exactly the kind of moral leader our country needs many of right now.