The drift to public funding of religious schools 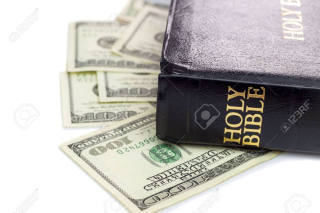 But over time case law has firmly established the separation principle because it turns out that Americans, generally, have no interest in having their tax dollars support any particular religious belief or institution.

But the separation wall has been crumbling bit by bit over the years, and the most recent damage was done by a 5-4 vote in the U.S. Supreme Court in a case that, as this Huffington Post article says, "could open the floodgates for allowing public dollars to fund religious institutions.

"The case, Espinoza v. Montana Department of Revenue, centered around a school tax credit program in Montana that provided financial incentives for individuals and corporations to donate to private school tuition scholarships. Most of the schools that signed up to participate were religious.

"In 2018, the Montana Supreme Court found this in violation of a state constitutional provision barring public dollars for religious schools. The state disbanded the entire program in response, a decision that affected both the religious and secular schools in the program.

"In a 5-4 ruling that will likely reverberate around the nation, the Supreme Court has reversed the state court’s decision."
This Associated Press account noted that the ruling "prompted a jubilant reaction from the reelection campaign of President Donald Trump, who counts religious conservatives as a core part of his base. The campaign lauded the decision as 'a victory for educational freedom,' underscoring its importance for a White House that often spotlights religious liberty." At the same time, the AP story reported that "(c)ritics assailed the decision as another in a series of setbacks for a principle with long roots in the U.S. legal system."
And this Bloomberg opinion piece said that the ruling "took yet another brick out of the wall separating church and state. In the foreseeable future, there may be no wall left at all."
Beyond that a Michigan State law professor, in this piece in The Conversation, asserts that the court's ruling "could massively limit states’ ability to exclude religious schools from all sorts of funding, including controversial voucher programs which allow state funds to be used by parents to send children to a private school. And rather than preventing religious discrimination, the court’s decision may actually support a system that discriminates against religious minorities and those of no faith."
The Montana case -- and many other "separation" cases -- was complicated by the way the state law was written. That law said that private schools could receive indirect public subsidies, though those same subsidies were forbidden to religious schools. That's cutting off of religious schools from among other private schools is what the Supreme Court said was unconstitutional.
As I say, in many such cases the details matter. But the trend clearly is in the wrong direction. Which is to say that more and more tax dollars seem to be available to support religious education. I'm all for religious education, but not for tax dollars paying for it. The ultimate stop on that road is called a theocracy. And though we're nowhere close to that destination yet, it's important to remember that that's not where most Americans want the nation to go. Steps in that direction should be resisted.
Public schools exist for everyone -- and they should be funded and operated much better than they are. But Americans are -- and should be -- free to chose a private or parochial school for their children. If they make that choice, however, the taxpayers should not have to fund such schools. We appear closer and closer to just such public funding, and I hope we can move back in the other direction soon.
* * *
KEEP TONY IN YOUR PRAYERS, PLEASE
I'm sorry to report the troubling news that the Rev. Tony Campolo has had a stroke and is in a rehab center trying to recover. Tony, now 85, once spoke at my own church. He is one of the leading voices among evangelical Christians -- but a voice that has emphasized the duty of Christians to care about the poor and needy. Would there were more such voices among evangelicals.