Home Archives Profile
Why knowing U.S. Protestant history is so vital now
What's behind the surge in anti-Catholicism?

I don't know who first said it long ago in the U.S., but it's become a cliche that Sunday morning worship time in Christian churches is the most racially segregated hour of the week. 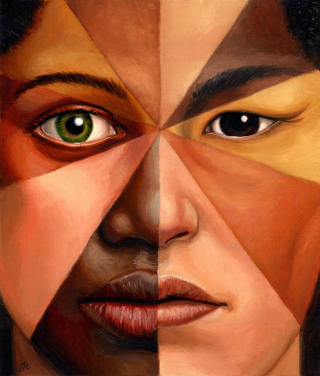 That is slightly less true today than it was 50 or 75 years ago, but the reality is that there's still not much racial diversity in many congregations.

The most racially diverse congregation that I know about in the Kansas City area is Sheffield Family Life Center, an Assemblies of God church in the city's northeast. I wrote about that church last year here.

That's not to say that there haven't been efforts to create more integrated churches. But as this NPR story notes, even those efforts, when they are successful, may not do a lot to solve America's deep-rooted racial divide.

The story reports that a "recently completed survey of congregations by Michael Emerson, now at the University of Illinois at Chicago, and Kevin Dougherty of Baylor University found that the share of churches defined as 'multiracial,' with at least one out of five members from a minority background, grew from 6% in 1998 to 16% in 2019."

But here's the sad, though perhaps not unexpected, news: "'All the growth [in multiracial churches] has been people of color moving into white churches,' Emerson says. 'We have seen zero change in the percentage of whites moving into churches of color.' Once a multiracial church becomes less than 50% white, Emerson says, the white members leave. Such findings have left Emerson discouraged.

"'For the leaders of color who were trying to create the multiracial church movement,' Emerson says, 'they're basically saying, "It doesn't work. The white brothers and sisters just won't give up their privilege. And so we've been defeated, in a sense."'"

In the fields of home sales and classroom integration, a term called a "tipping point" sometimes is used. It means that when a neighborhood or a school reaches a certain percentage of Black people, whites will begin to leave. That bigotry appears to be what Emerson is describing in multiracial churches.

The challenge for people who would like a multiracial congregation is to focus less on race and more on core purpose of the congregation and to coalesce around that. But so far there's not much evidence that such an approach -- or any other approach -- is working to make such gatherings commonplace. It's further proof that we Americans -- particularly white Americans -- have a lot to learn about how to live in racial harmony by creating a culture in which whiteness does not automatically mean privilege or power.

In coordination with the main topic above today, here's an RNS story about a new book that explores "white Christianity’s role in creating and upholding whiteness." The book is White Christian Privilege, by religion scholar Khyati Joshi. Looks like a book I'll need to add to my reading list. See if you need to add it to yours.

A Very BIG Problem, by Amy-Jill Levine and Sandy Eisenberg Sasso, illustrated by Annie Bowler. This charming book is another in a series by Levine and Sasso aimed at introducing children to scripture and to the lessons about life that scripture contains. Previous books are: Who Is My Neighbor?, The Marvelous Mustard Seed and Who Counts?: 100 Sheep, 10 Coins and 2 Sons. This new book, which has an Aug. 4 publication date but can be pre-ordered now, focuses on creation and how there's enough of God's love to go around for all of creation, including all creatures. It's a book that should be in the hands of teachers whose task is to start the theological education of young children who are old enough to listen to a good brief story and, through words and art, grasp its meaning. Levine teaches New Testament at Vanderbilt Divinity School. Sasso is director of religion, spirituality and the arts initiative at Indiana University-Purdue and Bowler is an award-winning artist.