Home Archives Profile
Will we ever know reliable history about Jesus?
Pope Francis can show us how to make systemic change

A chance for anti-LGBTQ+ Christians to repent

The recent U.S. Supreme Court's 6-3 decision that federal civil rights laws protects LGBTQ+ employees from being fired for their sexual orientation was, of course, welcome.

But why would anyone still want to discriminate against gays and lesbians? And why did it take until now for this ruling to happen? (Spoiler alert: Religion has something to do with answers to both questions.) 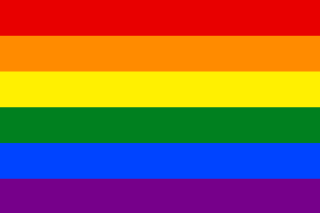 After all, starting with (if not before) the Stonewall riots in 1969, American society slowly has moved in the direction of full inclusion of people no matter their sexual orientation or gender identity. Yes, it has taken 50-plus years to get here, and lots of people have paid a high personal price on the journey. But in the long course of history, 50 years is a fairly brief period over which to make rather this sweeping change in conventional wisdom.

Society's turnaround on this matter from my childhood to now has been a remarkable thing to watch. In some ways it feels like an overnight success 50-plus years in the making. But, then, because I'm not gay, I haven't been among those personally oppressed by society's broadly hateful views about homosexuality -- though frequently when I write in support of equal treatment of LGBTQ+ folks I get called lots of filthy names. So I know that for my LGBTQ+ friends, this latest court ruling was a long, long, painful time coming.

But let's remember that this has been a fight against not just bigotry by individuals but also a wrongheaded biblical view of homosexuality, one that even today in certain faith communities refuses to die. Overcoming ideas that some people believe are ordered by God is hard work. But even that change is happening a bit here and there.

The Bible, as I argue in this essay, should not be used as a weapon against LGBTQ+ people. If you're using the Bible to oppress people, you're getting it all wrong. The Bible, after all, has essentially nothing to say about what today we are beginning to understand about sexual orientation. Well, nothing except for the command to love others, no matter who, where or when.

But throughout much of its history, the Christian church universal has behaved shamefully in this matter by relying on misinterpretations of scripture to justify bigotry and exclusion. That has to stop. Now.

One of the things I found so fascinating about the recent court ruling was that Chief Justice John Roberts seems to have changed his mind from when he wrote his dissent in the 2015 decision that legalized same-sex marriage in all U.S. states. In that case, he wrote a biting dissenting opinion.

"Supporters of same-sex marriage," he wrote then, "have achieved considerable success persuading their fellow citizens — through the democratic process — to adopt their view. That ends today. Five lawyers have closed the debate and enacted their own vision of marriage as a matter of constitutional law. Stealing this issue from the people will for many cast a cloud over same-sex marriage, making a dramatic social change that much more difficult to accept."

The three dissenting justices in this most recent case made something like that argument. But not Roberts. Rather, he joined Justice Neil Gorsuch, to the surprise of some, in the majority opinion, which seemed like a clear call for an end to unjustified legal discrimination: "An employer who fires an individual for being homosexual or transgender fires that person for traits or actions it would not have questioned in members of a different sex. Sex plays a necessary and undisguisable role in the decision, exactly what Title VII forbids."

(What will it mean politically that Chief Justice Roberts assigned Gorsuch to write the majority opinion? This analysis in The Week concludes that "there's no way this won't do further damage to Trump's already foundering re-election prospects." And Sen. Josh Hawley, R-Mo., appears to be using his reaction to the LGBTQ+ court decision to solidify his populist determination to run for president as a clone of Trump.)

Clearly something has changed Roberts' mind. In this case, he was willing to rule on the constitutionality of a law when it was clearly constitutional instead of -- as the three dissenters would have it -- saying that if the law is flawed, Congress should fix it. So good for Roberts.

Perhaps the sea change in religious thinking about this matter has come to Roberts' attention and he's no longer willing to use the courts to protect religious bigotry toward the LGBTQ+ community.

In any case, if you are part of a faith community that continues to insist that homosexuality is a sin against God, maybe you've been given another opportunity now to recognize that idea as the simple bigotry and misinterpretation of the Bible that it is. Seize this opportunity to change your mind and follow a Bible meant to liberate people, not enslave them.

THE ROLE OF BLACK CLERGY NOW

What role are clergy playing in the post-George Floyd protests and redemptive work to undo racist and unjust systems? Black clergy are, as usual, in the forefront of the effort, as this piece from The Conversation makes clear. The author, Laurence Burnley of the University of Dayton, writes this: "From the earliest times of the United States’ history, religious leaders have led the struggle for liberation and racial justice for black Americans. As an ordained minister and a historian, I see it as a common thread running through the history of the United States, from black resistance in the earliest periods of slavery in the antebellum South, through the civil rights movement of the 1960s and up to the Black Lives Matter movement today." Let's find ways to support and encourage their efforts.