Will we ever know reliable history about Jesus?

Is religion mostly about what we think, feel, believe and search for today or is it more about how what happened years -- indeed, centuries -- ago continues to shape and affect us today? 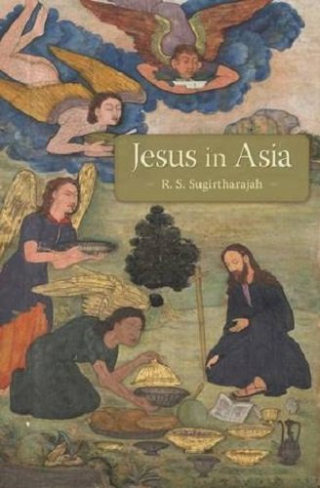 That question is too broad for any one answer to be satisfactory. But when it comes to Christianity specifically, the answer is both, largely because Jesus of Nazareth was a real human being and because Christians promote the idea that the spirit of the resurrected Jesus is alive and at work in the world today.

As for Jesus being a real human, there have been at least three major "quests for the historical Jesus" since the 1700s. Two of them have their roots in the 20th Century. No reputable religious scholar today would deny that Jesus actually existed. But our sources for information about his life beyond the four gospels in the New Testament are extraordinarily limited. And many scholars say that the gospels were not written as biography but as theology.

I raise all this today as a way of sharing with you some interesting conclusions about this subject from a 2018 book I've just read, Jesus in Asia, by R. S. Sugirtharajah, an emeritus professor of biblical hermeneutics (interpretation) at the University of Birmingham in the U.K.

The book describes the way various Asian -- particularly Indian, Chinese and Japanese -- scholars and writers have presented Jesus to readers and students. Oh, my. What a wide variety of interpretations, often shaped by the cultural background of the scholars. As has been said of theologians who search for the historical Jesus, the person they often find is not the historical Jesus but the historian's Jesus -- someone who looks or acts or thinks very much like they do.

Sugirtharajah puts it this way: No matter what drives the scholar's effort to find the historical Jesus, "it ends up projecting a Jesus of the interpreter's own imagination and ideals. Under the pretense of objectivity, Western scholars have produced a variety of Jesuses to suit their vested interests."

He then adds this: "The whole enterprise is immersed in an author's strong personal faith, complicated ideological interests and internecine institutional interventions and control. Although it is seen as an intellectual exercise, it is basically an emotional activity. As a topic of research it is enticing, and has deep roots in Christian commitment, but the quest for the historical Jesus is eminently a personal affair. . .

"What the Western searchers self-importantly call the historical Jesus, then, is not historical but a series of imaginative constructs."

None of this is to say that we can't know anything about the man Jesus, his life, his context. But it is to say that, given the historical records we have available now, it is impossible to write anything like a full biography of Jesus. In some ways, to greater and lesser extents, something similar also could be said about the Buddha, Abraham, the Prophet Muhammad and other individuals associated with one of the great world religions.

With some of those religions, there's less theological need to uncover reliable biographical information than there is with Jesus because of the Christian assertion that he was executed but then was resurrected -- events, the church says, that happened about the year 30 C.E. in a real city, Jerusalem. And that without the resurrection, as the Apostle Paul has asserted, the religious movement that began with the resurrection would have no leg on which to stand.

In the 20th Century it became common to hear theologians distinguish between the "Jesus of history" and the "Christ of faith." That not-very-helpful binary description seems to have fallen by the wayside now. But that hasn't relieved the curiosity that followers of Jesus have long had about just what kind of man he was.

You'll have to answer that for yourself. But Sugirtharajah's book offers some surprising (to me, anyway) insights into the many and various ways Asians have pictured Jesus, portraits that many Western Christians simply will not ever have imagined or find credible.

WHERE PEOPLE OF FAITH FAILED AGAIN

I will write much more here this weekend about this week's U.S. Supreme Court decision that LGBTQ+ folks are protected by federal civil rights laws. But for now, just know that this decision is one more welcome undoing of bigotry, a lot of which finds its roots in a misreading of scripture. People of faith, particularly Christians, should have been in the leadership of the movement to liberate gays and lesbians from this oppression, but, instead, often have been the leaders in promoting anti-gay attitudes. There's something wrong when people of faith have to be shown how to live moral, loving (and constitutional) lives by secular courts instead of by their own faith traditions.