A sad story about 'Jane Roe' of Roe vs Wade

In some ways the national debate about abortion, which began even before the 1973 Roe vs Wade Supreme Court decision, has been a model for the rabidly uncivil discourse that now infects our politics and our culture in general. 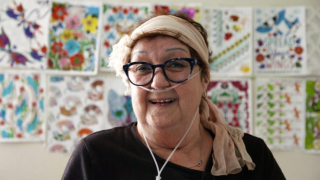 A woman named Norma McCorvey (pictured here), known then for purposes of anonymity only as Jane Roe, got her case seeking a legal abortion all the way to the Supreme Court, which ruled that abortion is, in fact, a right protected by the Constitution. What you may not remember is that McCorvey never actually got an abortion because by the time the court ruled she had given birth to a child she then put up for adoption.

In any case, that's far from the most intriguing thing about McCorvey, who died in 2017. A new documentary, described in this Washington Post story, tells how the so-called pro-life forces who seek to ban abortion completely paid McCorvey huge amounts of money to pretend later in her life that she was on their side and one of them.

That part of the story, described by McCorvey herself on camera for the documentary, amounted to what the Post called a "stunning death-bed confession."

As McCorvey says in the documentary, “I took their money and they put me out in front of the camera and told me what to say.” The "they" in this case were the most ardent supporters of making abortion illegal again.

There really are no heroes or heroines in this story. McCorvey herself is in many ways a complicated mess. But for sure the people who paid her to pretend she was one of them had lost their moral compass and were willing to engage in despicable means to justify their ends.

As this column in The Guardian notes, "According to the documentary, McCorvey received at least $456,911 in 'benevolent gifts' from the anti-abortion movement in exchange for her 'conversion'”.

That column also notes this about McCorvey: "She was a desperate woman battling for the right to have control of her own body; along the way she loaned her name to a bigger fight. McCorvey taking money to lie obviously isn’t something she should be applauded for, but the real villains in this story are the hypocrites who preyed on a vulnerable woman in the name of 'family values.'”

And here's an RNS story quoting various people in faith communities about how they've reacted to the McCorvey admission in the documentary. Here, too, is a National Catholic Reporter column by Jamie Manson, in which she notes that the men in the pro-life cause "were exploiting McCorvey's desperate need for money and attention, and McCorvey was exploiting their desperate desires to win and to control female fertility. Yet the ones who actually get swindled, the ones who really lose, are women, who are denied the freedom to make choices about their lives, their health and their families."

Finally, here is a Slate story quoting some opponents of legalized abortion about their reaction to the documentary.

What a sad commentary on people who were pretending to be acting as moral agents.

Just for the record (and I've shared this several times in the past), I believe abortion should be a legal option because I think that in rare cases it's the least evil of a series of evil choices. But what I personally believe about abortion isn't really relevant to people facing a choice about it. The choice should be up to the pregnant woman (and her partner) in consultation with her physician and any other adviser, including clergy, she wants to consult. Still, I do wish abortions were much, much rarer than they are.

Omer Bajwa, a Muslim chaplain at Yale University, writes in this RNS column that Ramadan this year in the pandemic was much better than he imagined it would be: "Free from the potential distractions of social Iftar obligations and the spiritual danger of Riya’ (ostentation), I am now freer to focus on my own spiritual health, or lack thereof, by worshiping with my family or in solitude. This could help resuscitate my ailing spiritual heart by allowing me to think deeply and intimately about my relationship with my Lord: is it fractured? Have I drifted? Am I sincere?" Glad he mentioned all that. Unexpected joy experienced by clergy in this pandemic is the subject of my next Flatland column, which will post here this Sunday morning.

MOLLY MARSHALL TALKS ABOUT HER RESIGNATION 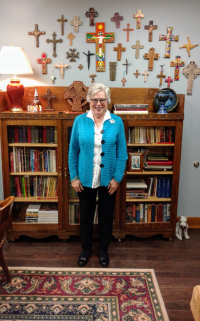 P.S.: In this April post, I briefly mentioned that Molly T. Marshall (pictured here), president of Central Baptist Theological Seminary in suburban Kansas City, had abruptly resigned that presidency because of what she admitted was an unstated "ethical lapse." This shocked the campus and, for a time, halted release of this then-in-progress six-part podcast about Marshall's influential life and career. The sixth part of that podcast now includes an epilogue in which, in a post-resignation interview, Marshall talks about this being a "very dark period" in her life, about how it "has been the hardest patch in my life" and how she's now "pretty publicly humiliated" and spending time alone imagining how this lapse -- never described in detail -- happened. Marshall simply says that her ethical lapse "was not related to money or fraud" and "it did not involve anything at Central." And the podcast narrator, the Rev. Erica Whitaker, says that it involved no illegal behavior at Central or elsewhere. The closest that Marshall comes to explaining what happened was this: "I just worked too hard and was inattentive in some ways to being a whole person." The epilogue voice recording was done by phone and is, therefore, of uneven audio quality, so sometimes Marshall's words are a bit hard to understand. But what strikes me about all of this is that she is doing the right and even brave thing by talking about her error and her fear that it might injure the seminary that she did so much to bring back to life when it was in terrible shape. She's lived a remarkable and interesting life, and those of us who have known and admired her have been grieved that her career ended the way it did. But if the idea of being a "wounded healer" has validity -- and it often does -- I think Molly has a chance to serve in that role in some capacity eventually. If the difficult idea of forgiveness really means anything in Christianity, this case can be a chance to live into that as Molly displays repentance and asks for forgiveness. (By the way, I give lots of credit to the producers of this podcast for not releasing it until they had a chance to talk with Molly about why she resigned. Without the epilogue to the podcast, the rest of it would have looked and sounded phony and tone-deaf.)