Old Ben Franklin has a religion for you (or not)

Among the books I've been reading in this time of virus quarantine is The Autobiography of Benjamin Franklin (he's pictured here). I'm reading his e-version, which no doubt would surprise him. But maybe not. He was ahead of his time in so many ways. 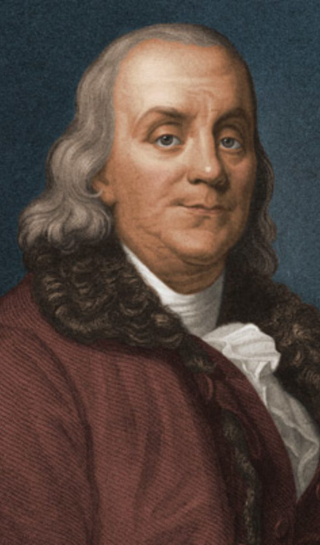 I was intrigued to find him outlining the essential religious beliefs he thought would appeal to a wide audience. In fact, he says, writing well into his 70s, that as a young man he imagined quietly and secretly getting other young people to agree to the points I'm about to list for you and then eventually going public with what would become a great, if quite basic, religious movement. But he never got it off the ground.

What were his imagined religion's major tenets? These:

-- That there is one God, who made all things.

-- That he governs the world by his providence.

-- That he ought to be worshiped by adoration, prayer and thanksgiving.

-- But that the most acceptable service of God is doing good to man.

-- That the soul is immortal.

-- And that God will certainly reward virtue and punish vice, either here or hereafter.

Well, I see plenty of topics for discussion in that list. And even debate, starting with the old Greek idea of the immortal soul. The Christian alternative to that is the doctrine of the resurrection of the body because of the belief that only God is immortal.

But the one thing I really liked about Franklin's idea of creating adherents to a religion based on all these points is what he wanted to call it -- "The Society of the Free & Easy." Anything both free and easy no doubt would attract lots of Americans.

Perhaps the most useful of Franklin's points would be the one about doing good to others. If we'd all stick with -- no matter what our other religious beliefs might be -- that it would change a great deal about life.

As Walter Isaacson makes clear in his terrific biography of Franklin, Benjamin Franklin: An American Life, Franklin always seemed to be engaged in some sort of speculation about what we humans could know about eternal matters. In the end, Franklin leaned much more toward Deism than toward any historic and institutional religious tradition.

As Isaccson explains, "He was tolerant toward all sects, particularly those that worked to make the world a better place, and he made sure 'to avoid all discourse that might tend to lessen the good opinion another might have of his own religion.' Because he believed that churches were useful to the community, he paid his annual subscription to support the town's (Philadelphia) Presbyterian minister, the Rev. Jedediah Andrews," whose sermons, however, Franklin found "uninteresting and unedifying."

I bring all this up simply to note that people have been wrestling with spiritual questions from the first tick of history's clock, and in the 1700s people like Franklin, who had a brilliant mind, still were debating such matters. As are we today.

In fact, I would argue that there's no more important topic in the world on which to spend time. How else are we to understand our lives and, eventually, our deaths? Just beware of people who are convinced that they know all the answers and who are willing to do violence to those who disagree with them.

MANY BLACK CHURCHES STRUGGLE WITH TECH IN THE PANDEMIC

One more thing this coronavirus pandemic has revealed more starkly -- revealed, not caused -- is the digital divide, meaning the difference between the widespread connections to the internet in more affluent American neighborhoods compared with less affluent ones. This RNS story deals with that very subject as it relates to historically black churches. And the timing of it is good, in that on Friday I participated in a Zoom gathering with three African-American pastors discussing this very subject at the invitation of the Rev. Wallace Hartsfield II, pastor of Metropolitan Missionary Baptist Church in Kansas City. His plan was to tape our conversation and use it as part of the online worship service at his church on Sunday morning. As I said to him and others on the Zoom gathering, "we must overcome the digital divide not just to connect everyone to the internet but also to train people in how to use this technology. If we fail to do that we are saying to the non-tech savvy people and those who can't afford a computer that we don't need or want you. And that would go against everything that I understand Jesus stood for."