Home Archives Profile
Time to update your re-reading list
Was this a case of museum-quality idolatry?

In this Flatland column that posted last Sunday, I told the story of some members of the clergy in the Kansas City area who had been forced out of their congregations. It turns out that this is more common than lots of people might expect. 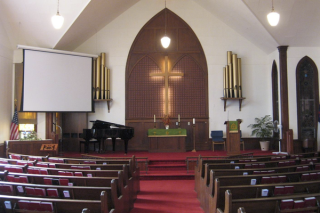 The column stirred up a lot of reaction -- nearly all of it expressing sympathy for the affected pastors while sometimes describing how the same thing had happened to whoever was writing the Facebook, Twitter, LinkedIn or e-mail response.

So I want to explore this phenomenon a little further here today, first by linking you to this recent review of a book about congregations that abuse their clergy. Had I been aware of this book when I wrote my column I'd have included a mention of it.

The book is Church Abuse of Clergy: A Radical New Understanding, by Gene Fowler.

As the review of the book to which I linked you above notes, "The motivation for church abuse is usually fear, Fowler explains, and this fear can be especially acute in times of palpable decline. As members of a congregation consider the annihilation of the church they’ve long known and revered, they experience a collective trauma. No longer able to maintain an idealistic image of themselves, they fall into denial and then fear. Abuse may also stem from ancestral trauma that’s passed on to a congregation from a previous generation."

I've long known that such abuse can and does occur. But what has surprised me is how extensive it seems to be. Here's a sampling of some reactions people posted when I put a link to my column on Facebook:

-- "We left a church we loved over this kind of thing. Old families unhappy and got rid of the pastor and no one told why -- in a very unkind way and with horrible timing."

-- "My husband and I know the lasting hurt it can cause."

-- "There is no meanness like that of the church, nor their ways of treating pastors!!"

-- "This is why I'm so glad my by far major income comes from teaching public school or college. I can, and have, tell a hostile congregation to ram it. (Sorry if I offended anyone)"

-- "Churches rarely see the necessity for their own change, just the pastor. I don’t believe churches understand how much of their heart and soul and mind pastors invest in the well being of their congregation."

But there was also this:

-- "A fair perspective for some situations. But there are legitimate times when the pastor IS contributing to stagnation and decline, is unwilling (after much constructive dialogue on the issues at hand) to accept the help that (church) leadership tries to provide, and so the time comes when a church determines that pastor’s skills may not be the right fit for that congregation today."

-- "While I accept that the scenario you referenced does happen, and is certainly not good for the church, there are also circumstances when a congregation should hold the lead pastor accountable. I have watched while a pastor loaded up a (leadership board) with a majority that allowed them to dictate the direction, focus and outreach efforts of the church despite having many new members with very different ideas than the 'old crowd.'  Instead of embracing the new and growing the body, they focused on the old money and pursued estate gifts. This makes for a great bank account, but eventually kills the church."

All of which is to say that congregations are human institutions led by fallible human beings. So perhaps we should expect some abuse of clergy in some cases and some bad clergy leadership in other cases.

Still, that doesn't excuse either case. Perhaps it would help if people in congregations were more aware of the possibility of abuse so they could be more attentive to it when signs of it appear. Congregations should not be run like a business. That's not what they're there for. But if people are afraid to talk about these issues in public, they get moved to quiet corners, and those doing the abuse get protected by the silence.

So is this an issue in your congregation, if you have one?

If so, you and your clergy may benefit from reading this online book, Sad Endings & Healthy Beginnings, by a retired pastor, Steve McCutchan. It's just 54 pages but has lots of good ideas.

READING THE THEOLOGY ON YOUR FACE

What does it say about you that you will or won't wear a face mask in public in this pandemic? Well, Mitch Randall, executive director of EthicsDaily.com, writes in this column that it may reveal your theology, good or bad. "People of faith who refuse to wear masks in public when physical distancing cannot be observed reveal a theology of individualism, which places individual interest over the common good. Let’s not mistake this with the importance of personal conscience that provides rights to individuals to practice faith as their conscience dictates. A theology of individualism ignores sacred teachings that advocate for self-sacrifice for the sake of others." Exactly.