Home Archives Profile Subscribe
Are these the worst religious ideas ever?
Exploring congregations that abuse clergy

Sometimes -- not often, but now and then -- I will reread a book I've read already. Maybe the best example is The Adventures of Huckleberry Finn, which I've probably read 10 times. Maybe more. Nice work, Mark Twain. It's the best novel ever written by an American. 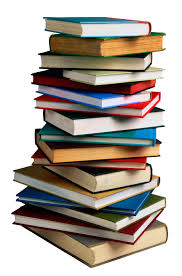 But mostly life seems too short to reread things. I'd rather dig into books I've not yet tasted.

Still, in this essay, the Rev. Erin Wathen, who used to be a pastor in the Kansas City area, suggests re-reading what we've already read.

In this pandemic season, she writes, "I call for a season of: Reading Stuff I’ve Already Read. Maybe multiple times."

She insists that even in the midst of this pandemic, "we still need to read; for our mental and emotional health, and just to remain civilized! Reading is what separates us from primates, and honestly, it is clear from the evening news that some of the people in charge of this mess have never picked up a dang book. In all of this swirling chaos and apocalyptic meltdown, reading might keep us alive – in more ways than one."

So if I were to reread some books I've already read, the list would include nearly all of Kurt Vonnegut's work, especially Slaughterhouse Five. And nearly all of Stanley Elkin's books, especially George Mills, which contains one of the most moving and remarkable passages about a man dying in his bed that I've ever read. Also almost anything by Joseph Heller, including Catch-22 and God Knows, in which King David raises one complaint after another to and about God. Oh, and Robert Coover's remarkable book The Public Burning, which is a novel about the Julius and Ethel Rosenberg spy case -- much of which is narrated by Richard M. Nixon, or at least the Nixon of Coover's imagination.

Biblical books I'd reread would include Genesis, Ruth (one of my favorites), Psalms, the four gospels and others.

On your list, feel free to reread any of the six books I've written. Beyond that, what would you reread?

Erin Wathen is right that reading can keep us civilized. It beats hanging around Walmart parking lots watching people scream at each other about whether to wear masks.

FIRST, A TIME FOR GRIEF

All of us in this pandemic have been through some level of trauma -- some way, way more than others. And it's useful to know that you don't come straight out of trauma to resume whatever a normal life is. Rather, as a United Methodist Bishop, Scott Jones, wrote in this RNS column, first we should take some time to grieve and pray. "Grieving," he writes, "is not only purposeful for showing compassion to our congregations; it also helps us to reorient our hearts to depend on God rather than ourselves. Therefore, mourning what we have lost amid COVID-19 is a critical step before reopening the doors of our churches." He's got that right.

P.S.: If you missed my latest Flatland column -- about congregations that treat their clergy leaders badly -- you can read it here.