Home Archives Profile Subscribe
In this pandemic, just who are our neighbors?
Will this renewed interest in religion persist?

Is religious diversity good for business?

As you know if you've been anything like a regular reader of my words for the last several decades, I have advocated religious literacy and interfaith understanding for many reasons. 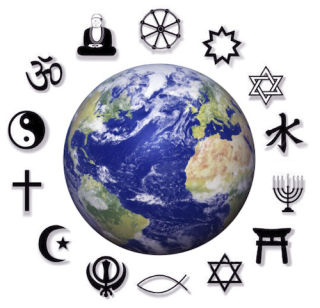 One reason for such advocacy that I hadn't given a whole lot of thought to, however, has to do with the work place. This article from RealClear Religion delves into that and suggests that paying attention to the religious well-being of employees makes a lot of economic sense.

"Just as religion is a major part of most people’s lives," the article says, "so too is their occupation. In light of the empirical evidence that religion is associated with well-being and human flourishing, it would seem logical that businesses would want to develop policies aimed at facilitating and protecting the free practice of religious beliefs, which would in turn foster the health and well-being of their workforce.

"Perhaps more than ever, in the midst of an economic crisis, this has never been more important. As corporations and small businesses feverishly look for ways to survive the impact of the COVID-19 pandemic, leaders would do well to consider how the faith factor may be a strategic tool for helping employees to cope and manage these difficult economic times."

How are businesses supposed to do that while also respecting people's privacy and other constitutional protections? If thinking about "the faith factor" sounds complicated, well, it is. But the article to which I've linked you gives us some insights into how this might be accomplished -- how, in other words, businesses can incorporate religion "as an integral part of diversity, equity and inclusion initiatives."

The authors of the article describe an index that measures religious diversity in the workforce of large corporations.

"We found," they write, "that there is a strong correlation of roughly 30 percent between measures of financial performance, such as revenue per employee and revenue growth, and religious diversity. . ."

In other words, it makes economic sense -- more growth, more profits -- to have a religiously diverse workforce, one in which employees know they are welcome no matter what faith tradition they may be attached to.

"Admittedly," the authors write, "more research is required to uncover the causal effect of religious diversity on economic performance and employee satisfaction. But the writing is on the wall: religion and human flourishing are intimately connected. Companies that allow employees to authentically express their beliefs without fear of condemnation and persecution will attract talented candidates and outperform their counterparts in the marketplace."

I certainly wouldn't put corporate profits at the top of the list of reasons to advocate and work for interfaith understanding in our religiously pluralistic society. Rather, if religious diversity is good for a company's bottom line, I see that as just one more good thing to come out of our religious pluralism. In fact, maybe a profit motive -- as opposed to an altruistic motive -- is what it will take for some corporate leaders to do the right thing.

A TERRIBLE TIME FOR MUSLIMS IN INDIA

Something like the opposite of appreciation for religious diversity has been happening lately in India, where the ruling Hindu nationalist party has helped to make life miserable for many Muslim citizens. My friend Markandey Katju, former justice on India's Supreme Court (we were school mates in India for a time as boys) has written this distressing article on this subject. "It was already getting dangerous to be a Muslim in India, then came corona virus," he writes. "As said by an assistant professor in Delhi's JNU (Jawaharlal Nehru University) 'Islamophobia has been transposed on the corona issue.'"

P.S.: The Turkish government is seeking to pressure the U.S. government to extradite the Muslim cleric Fethullah Gulen, whose international movement for peace and interfaith understanding has a branch in the Kansas City area called the Dialogue Institute. The institute and others around the country are circulating this petition to ask members of Congress to work against any move to extradite Gulen. Instructions for signing it online are there if this interests you.