Home Archives Profile Subscribe
Thank God for hospital chaplains now
In this pandemic, just who are our neighbors?

Further proof of how twisted the world looks through the eyes of misshapen, diseased religion is found in the fact that this terrible COVID-19 pandemic has turned out to be good news for ISIS, the Islamic State terrorism group. 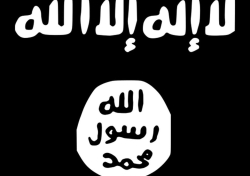 As this Politico story explains, ". . .in the far reaches of Iraq, the terrorists of the Islamic State are enjoying new life."

In the view of ISIS leaders, the story reports, "the pandemic is a literal act of divine intervention as it reached its lowest ebb. Terrorism expert Aymenn Jawad al-Tamimi noted that IS’ newsletter, Al-Naba, called coronavirus 'God’s torment' upon the 'Crusader nations,' and urged fighters to take advantage of the distraction and disruption caused by the virus."

Any view of the world that rejoices in a global health crisis is demented, and surely the way in which ISIS has contorted traditional Islam into something evil qualifies for that description.

We have seen this kind of religious sickness before, of course. We saw it in World War II when Germans cheered on their leaders as they murdered some six million Jews in the Holocaust. We saw it in the U.S. before the Civil War when Christian religious leaders turned to scripture to find ways to justify slavery. And, of course, we saw it in the 9/11 terrorist attacks.

Any religious movement that countenances such violent extremism has sullied the very concept of religion, which should find its roots in awe, wonder and love.

Because of the pandemic, Politico notes this: "Left to operate without being pressured and chased from hideout to hideout, Islamic State has been getting more ambitious at local level."

ISIS has seen an opening and is jumping in. We must hope the end of the pandemic comes sooner rather than later so that this brutal organization can't regain anything like its previous strength. Having failed to act soon enough in the COVID-19 pandemic, America and its allies should be devising strategy now, not tomorrow, to crush ISIS once the global virus curves are flattened.

(The meaning of the words and symbols on the ISIS flag pictured here can be found at this website.)

THE RELIGIOUS BATTLE AHEAD

This past weekend's Easter fight in Kansas over keeping church's open should be seen in a larger context, and this CNN piece provides some of that, noting that there's a "likelihood of steadily rising tension in coming years between an increasingly secular American society and the most religiously conservative voters, particularly white evangelical Protestants." We've seen plenty of that in recent years, but buckle up. There's more to come.

P.S.: It took awhile this past Easter Sunday afternoon for our tech folks at my church to get some problems figured out and be able to post my video story online, but they finally did. Our church in this pandemic time is posting various stories by members to keep us connected and informed and maybe even entertained. You can view mine here.

ANOTHER P.S.: My friend Markandey Katju, former justice on India's Supreme Court, likes to ask what he thinks are (and often are) difficult theological questions from his position as an atheist. Recently he tweeted this question: "If there is a God, why does he not tell corona to buzz off? Or does he like tormenting people?" It is, of course, the ancient theodicy question of why there's evil and suffering in the world if God is good and all-powerful. As I've noted before, there is no fully satisfying, exhaustive answer to that question. Which is why, when Markandey (we were in school together in India as boys) sent me that question in an e-mail, I responded this way: "My guess is that Adam once said to Eve: 'If there is a God, why didn't he stop Cain from killing Abel?' The question you ask is that old." But I send his question to you to wrestle around with as you spend another day at home.