In this Easter/Passover weekend with Ramadan coming (April 23), I want to honor the hospital chaplains who are dealing with the coronavirus pandemic in countless -- and often painful and risky -- ways. 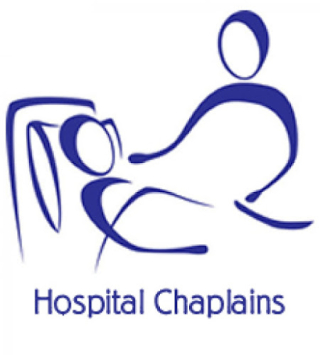 To do that, I first give you this link to a Flatland column I wrote a few years back about the work of chaplains in various kinds of institutions.

Then I'd love for you to read this Slate piece about a particular hospital chaplain in Brooklyn and how she has been handling this crisis. I warn you that the chaplains holds back very little about her terrifically trying job now.

The pandemic, she says, "has made my job hell. Normally my job is to listen, to comfort, to pray for healing. Now my job is to pray for a swift and merciful death for most of my patients. I hold weeping, sweaty-faced nurses through gloves and masks, to whom I promise their work is meaningful and changing lives. I promise them that it’s OK to feel bone-tired, that everyone’s living with nightmares that they’re going to get sick. I have spent this morning making condolence calls (30 deaths over the weekend—we normally have five)."

Another hard question: Does any of this affect the way you think about God?

"Well, there’s a short answer and a long answer to that question.

"The short answer is: absolutely not!

"The long answer is that my understanding of God is best summed up by my understanding God not as causing our misfortunes but having created a world of inflexible laws. I do not believe that the painful things that happen to us are punishments for our misbehavior, nor are they in any way part of some grand design on God’s part. Tragedy is not God’s will, so we need not feel hurt or betrayed by God when tragedy strikes. God can be present to help us overcome it, precisely because we can tell ourselves that God is as outraged by it as we are."

I've just finished reading a book called Into the Wild, by Jon Krakauer. It describes the short life and death of a man in his 20s, Chris McCandless, who withdrew from his family and walked alone into the wilderness of Alaska in the early 1990s. Four months later a hunter found his decomposed body.

When news of it reached an old man he had befriended on his wanderings, the man said that when Chris (whom the man knew as "Alex") had "left for Alaska, I prayed. I asked God to keep his finger on the shoulder of that one; I told him that boy was special. But he let Alex die. So on December 26, when I learned what happened, I renounced the Lord. I withdrew my church membership and became an atheist. I decided I couldn't believe in a God who would let something that terrible happen to a boy like Alex."

Chaplain Tav comes a lot closer to my own image of God when she says this: "I can’t believe in a God that gives 2-year-olds cancer or kills thousands of fishermen at sea. I just can’t imagine God wanting to destroy God’s own image, God’s own creations. My God is all compassionate. . ."

The image of God in the head of the old man who had gotten to know and love Chris McCandless is similar to the image that makes people walk away from institutional religion and even from belief and faith itself. None of us knows, of course (which is why faith is different from certitude), but I think the image of God that comforts Chaplain Tav will, in the end, be the image that more closely approximates reality. In some ways, that's the message of Easter and Passover. Thank goodness for chaplains like Tav.

The effort in Kansas to overturn Gov. Laura Kelly's order banning large gatherings for worship is both ridiculous and potentially lethal. The voice coming from religious leaders today should be consistent, one that is aimed at preserving life. To encourage big Easter services may be an effort to stand up for religious liberty but such gatherings would be at the cost of a higher priority -- life itself. Here's an RNS story showing what all the states are doing about this matter. The Supreme Court in Kansas ruled late Saturday that Kelly's order stands. Thank goodness. The people who challenged Kelly should be ashamed.

P.S.: In this pandemic, my congregation has started an online story project to help us share something about ourselves while we're physically apart from one another. My story will be available at 3 p.m. (CDT) on Sunday on this Facebook page of Second Presbyterian Church. I hope some of you will tune in. The story has to do with why you'll never have to call me Dr. Tammeus.