This is a time for creative religious adaptation

Religion has an often-deserved reputation for being extraordinarily slow to change and for sticking with ancient traditions long after anyone remembers what they might have meant when first instituted. 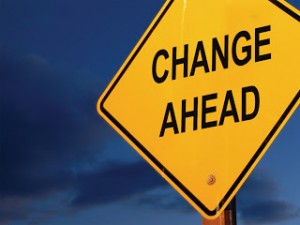 As I say, this reputation is often deserved -- but not always.

In fact, in this time of the coronavirus pandemic, religion is adjusting quickly to new circumstances, offering online virtual worship services, funerals, baptisms, bar-mitvahs and more. Yes, there still are religious leaders who want the old ways to continue, like Cardinal Raymond Burke, who thinks churches should remain open if grocery stores get to be open.

But necessity has become the mother of Zoom church committee meetings and Facebook Live worship services. And it's happened in a flash.

Despite religion's reputation for resisting change, this piece from The Conversation (a great site) insists that the ability to change foundational behaviors and practices in religion has deep historical roots.

The author, Samuel L. Boyd, assistant professor of religious studies at the University of Colorado, asserts that "religious rituals have always evolved in the face of changing circumstances. A particularly important example of this change occurred when the temple in Jerusalem was destroyed, twice. Following the destruction, the way that Jewish communities worshiped God changed forever."

Boyd goes on to describe some of those changes, a primary one being that once the temple in Jerusalem was destroyed in the year 70 C.E., sacrifices there no longer were possible. In some ways, that was the start of what today we think of as rabbinic Judaism.

Boyd notes that this was when "prayer in the Jewish tradition came to be seen as a form of sacrifice," given that animal sacrifice no longer had a sacred venue.

"In fact," he writes, "the prayer in Judaism known as the 'Amidah' was conceived as a substitute for sacrifice very shortly after the destruction of the Second Temple." And he concludes this: "The ability for modern religious communities to adapt and innovate rituals in light of circumstances, then, has deep and very productive roots."

As people have noted for a long time, the alleged seven last words of the church are "But we've always done it this way."

In this time of pandemic, faith communities have an opportunity to throw out that thought and to innovate. That can hurt, but without such pain there may be no future for the communities who refuse to change.

In the meantime, let's begin to imagine what the end of this will look like. Here's a column that can help with that task.

(And if you're reading this before 9:45 a.m. Sunday, you can join worship at my congregation, Second Presbyterian Church of Kansas City, on the church's Facebook page here.)

CAN WE LEARN ANYTHING FROM THIS?

And sticking to the topic today, here's a good piece about what trials like the one we're in now can teach us. The problem, of course, is that -- like some students in every school -- some of us aren't paying attention and, thus, don't learn what we could. It's time to be what our Buddhist friends call mindful.

P.S.: My latest Flatland column -- about funerals in the time of COVID-19 -- is now online here.