The long-misnamed United Methodist Church, barring divine intervention, will experience schism when its governing body, the General Conference, meets in Minneapolis from May 5 through May 15. 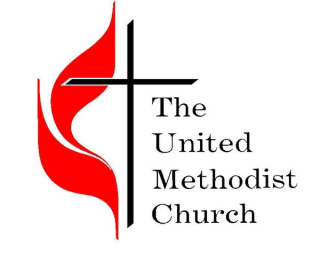 I say it's been misnamed because from the time it was founded in April 1968 until today, it has been internally divided in several ways, including over LGBTQ+ issues that now are causing it to fall apart. The allegedly "united" new denomination was formed then with the merger of the Evangelical United Brethren Church and the Methodist Church.

It was a laudable effort, a good try. But it has failed. And the failure was both predictable and sad. The division that will happen in May -- perhaps based on some amended version of this proposal put forth by a widely representative group of people who disagree with each other -- will be an admission that at least this group of well-intentioned Christians cannot seem to live out a peaceful coexistence that might have been a model for others.

In that, of course, the Methodists are not alone. One example is my own denomination, the Presbyterian Church (USA), which has experienced de facto schism after we changed our LGBTQ+ rules in 2011 to allow for the ordination of otherwise-qualified gays and lesbians and to allow our pastors to conduct same-sex weddings. Many Presbyterian churches that disagreed with that long-overdue decision have split from the PCUSA and have joined other denominations that would describe themselves as more theologically conservative.

So to say the Methodists have failed here is not to suggest their failure is unique. Still, when you put "United" in your name, it seems to me that it obligates you to work hard to live up to the label. Dividing in such a case is simply a bad model for the kind of unity (not uniformity) that is desperately needed in religious life today to show that people of different persuasions can live together in harmony and maybe even learn from one another.

One thing that may cause some delegates to the General Conference to rethink the split plan proposed recently is that it requires the newly separated LGBTQ+-friendly denomination that remains to pay millions of dollars to part of the current church as that part leaves to continue its theological bigotry. No analogy is perfect, but it makes me wonder whether, after the Civil War, churches that worked against slavery would have been willing to pay money to pro-slavery churches that wanted to continue to hold to that despicable view. I'd hope not.

The publication First Things, which tends to be traditionalist in tone, recently published this opinion piece that concluded this: "It is a tragic necessity that represents the 1968 union’s failure to achieve an enduring unity. Born from the initial fires of the ecumenical movement, the UMC symbolizes how modernist approaches to ecumenism lack the depth necessary to nourish and sustain consensus."

Just as the term "traditionalist" sometimes means anti-LGBTQ+, so the term "modernist" is dismissive of a biblical interpretation that winds up supportive of full inclusion of gays and lesbians in the life of the church. Such labels, as labels usually do, hide more than they reveal. But I think the problem hasn't been that approaches to ecumenism lack depth but, rather, that the so-called traditionalists have lacked a commitment to letting the Bible be a living document that must be read in light of when and why it was written as it's applied to today's circumstances.

To give you a fuller view of the proposal to split the church, here is a Religion News Service piece quoting members of the group who came up with the plan. For a deeper dive into the history of the coming schism, here is a piece from The Conversation. And here is a column by CNN religion Editor Dan Burke about why he thinks the schism of the United Methodist Church is good for no one. For one thing, he writes, "Now, online and in real life, we seem to only want to associate with like-minded people, clustering into our dissent-free echo chambers. Churches can force us out of those bubbles, helping us connect across all kinds of social, political and racial barriers. There's value in worshiping next to someone different from you."

True. But religious and political silos seem to be the order of the day (as the impeachment trial in the U.S. Senate has proved again). The fact that one of the biggest Protestant denominations in the country can't seem to avoid dividing into those silos is terrible testimony that must further break the sacred heart of Jesus who, in John 17, is reported to have prayed that all of his followers "may be one."

So, in the end, the United Methodist Church will split apart. It will be a sign of the reality that we live in a fallen world, a world in which even people of good will sometimes cannot live together. It was expecting too much of the Methodists to fix all this. Unity, after all, can itself become an idol that gets valued higher than treating all people with dignity, equality and respect. That misplaced priority in favor of idolatry should be unacceptable. And because it is unacceptable, this schism seems inevitable.

WHO'S THAT PRAYER GUY?

As you've been watching the impeachment trial in the U.S. Senate, have you been wondering about the background of the U.S. Senate chaplain who has opened each session with prayer? This Associated Press story will tell you about the Rev. Barry Black. He has, I think, handled his job in this case fairly and well.

P.S.: My latest Flatland column -- about an artist who produces magnificent iconography -- is online here.