Home Archives Profile Subscribe
When the truth doesn't matter any more
Did the Lord speak thus about tattoos?

How two views of 'the gospel' clash 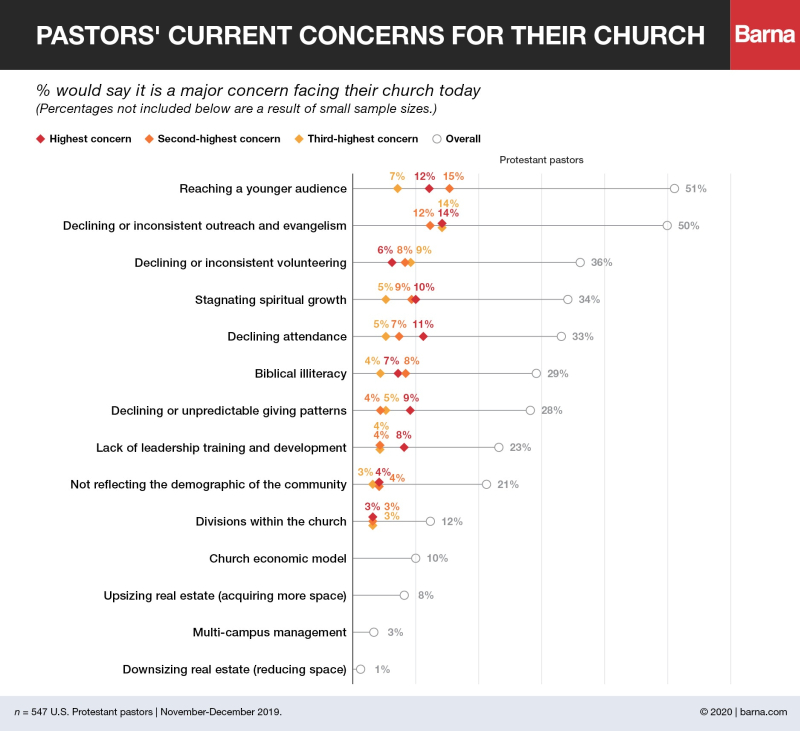 For more than 50 years, maybe 60, a major story in American Christianity has been the slow decline of the place of religion in the life of the country. The Mainline Protestant churches (Methodists, Presbyterians, Lutherans, Disciples of Christ, American Baptists, Episcopalians) have been hit particularly hard.

Lots of reasons have been offered for this and for the contemporaneous rise of the "nones," meaning the religiously unaffiliated. And, indeed, there really is no single answer to the question of what has happened.

As the decline has been occurring, some polling organizations, such as the Barna Group, have periodically checked in with pastors to see what they think has been going on. Not much from those results has ever been released publicly, but now Barna has published what it found in its latest survey of pastors, and it makes for interesting, if sometimes puzzling, reading.

This Religion News Service story about the release says this: "According to the report, three-quarters (72%) of Protestant pastors identify the impact of 'watered down gospel teachings' on Christianity in the U.S. as a major concern. That's especially true for pastors in non-mainline denominations (78%). Mainline pastors (59%) are less concerned.

"About two-thirds (66%) of pastors say a major concern for Christianity is 'culture’s shift to a secular age,' followed by 63% who identified 'poor discipleship models' as a major concern and 58% who named 'addressing complex social issues with biblical integrity,' the survey says."

There's a lot piled into those two paragraphs. But let's focus on just one point, the alleged watering down of gospel teachings.

My guess is that non-Mainline pastors mean something quite different from what Mainline pastors mean by that -- and by "the gospel" itself. Which is to say that those pastors who would identify as conservative, evangelical or fundamentalist might say that the problem is that churches aren't demanding that members publicly identify Jesus as their "personal lord and savior" and that members aren't,  in turn, confronting others to get them to accept Christ in that narrow way.

By contrast, my guess is that Mainline pastors would not put their emphasis on personal salvation but, rather, on what Jesus meant by the "gospel," or good news. And what Jesus meant by the gospel is what he announced right at the start of his ministry: The kingdom, or reign, of God is at hand. And followers of Jesus can live in that kingdom today by demonstrating what the kingdom will look like when it comes in full flower, which is to say, by showing mercy, love, compassion and justice.

Archaeological finds near Jerusalem suggest there was a monumental temple outside the holy city in the late 10th and early ninth centuries B.C.E. If so, it could change our understanding of Holy Land history. It's all a reminder that in many ways we only think we understand history. What we don't know and what humanity has forgotten or buried no doubt is much greater than what we do know. Which should lead to a little humility, though it seldom seems to.

P.S.: The annual AIDSWalk-KC will happen April 25. I hope you'll join me in walking and/or making a donation to support the great work of the AIDS Service Foundation. You can donate on my page by clicking here.