Why Pelosi's statement on hate was so important

I am backing up a few days today to explore a question a journalist asked House Speaker Nancy Pelosi -- "Do you hate the president?" 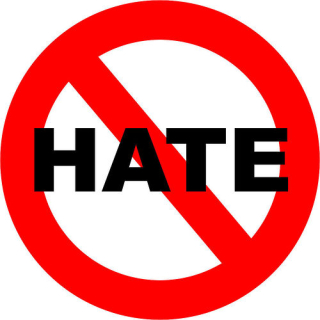 Pelosi, who is not my favorite politician, responded as a Catholic Christian in a wholly appropriate way, one that reminded everyone listening of the difficult obligations people take on when they declare themselves to be followers of Jesus. Father Thomas Reese has a nice take on this matter in this RNS post.

That, at least, is the ideal, the goal. And to testify publicly to that goal is to open up oneself to an analysis of whether one is really living by that standard. Pelosi was willing to do that, so good for her.

But there is more to consider here. First, our use of the word "hate" has become so widespread that the term has almost lost any useful meaning. If we say we hate kale or olives or liver-and-onions, we have neutered the word, deflated it.

Hate should be a shocking word, applied only in extraordinary circumstances -- and not applied to individual people. Rather, it should be applied, in the spirit of the biblical book of Ecclesiastes, to those matters that injure people. When Ecclesiastes 3:8 declares that there is "a time to love and a time to hate," I take it to mean that the target of hate should be restricted to those matters that break God's heart, for what breaks God's heart should surely break ours. Taken to an extreme, it means you don't hate Adolf Hitler, you hate his actions, his thinking, his murderous ambition.

One reason Christians are obligated by Christian doctrine not to hate other people is that they are obliged to think of those other people as children of God, as bearers of the imago Dei, the image of God. In specifically Christian terms, they are required to see God in the other person in the spirit of Matthew 25:40, which quotes "the king," or Jesus, saying that "whatever you did for one of the least of these brothers and sisters of mine, you did for me."

Beyond that, Christianity calls the human body the temple of the Holy Spirit. To hate another person is to vandalize that temple.

So in the midst of our bitter partisan national politics, when trust and civility have gone out the door in disgust, here's a powerful (and partisan) leader using her public platform to remind everyone of the obligation that she feels as a Catholic not to hate anyone. Does she fall short of that high standard? Almost certainly. As do I. But witnessing to the need for such a gold standard is worth praising, so I praise such an act.

HAVING FAITH IN NOTHING

In Canada, a federal court has denied charitable status to the "Church of Atheism," ruling that it doesn't represent a religion. Really? Atheism itself, it seems to me, requires a great deal of faith.