It is not news that the U.S. has been suffering through an opioid crisis. Addiction to these powerful drugs has caused the death of tens of thousands of people. And people who haven't yet died of this addiction sometimes wish they would. 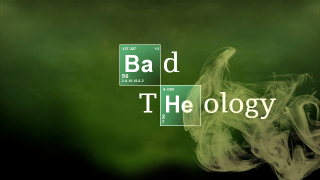 As with every major trend in society, religious threads can be found in the opioid story, and the author of this Religion&Politics article does a good job of identifying one such thread and describing the harm it's doing.

Bad theology, argues Timothy McMahan King, author of Addiction Nation, is doing considerable harm. And his own experience of recovering from an opioid addiction makes what he writes even more credible.

A "belief in the 'demonic' nature of certain substances," he writes, "has real world consequences. First, it underlies the myth that prohibition is the only solution. If we believe that certain substances are inherently evil, then prohibition is a logical solution. We need a 'war on drugs' because they are the enemy. But, if we recognize that the primary moral concern should be the potential harm to oneself or others that excessive or habitual use might bring, then the primary moral issue at stake is not getting rid of all drugs but reducing the potential harm they might cause. We need to ground our discussion not in stark statements of inherent good or evil but in understanding that our relationship to a substance like an opioid can exist along a spectrum, from harmful to beneficial."

The "demonic" reaction to this crisis is another example of when all-or-nothing, black-and-white, good-and-evil binary theology not only doesn't help us but hinders us from finding healthy solutions to complex problems.

When people of faith have no more questions, only answers, it's time to watch out for them. They will almost inevitably inflict harm on someone.

The other day, when the U.S. House of Representatives approved a bill to sanction senior Chinese official for their treatment of Muslim Uighurs, the vote was 470-1. The lone dissenter was a Republican from Kentucky, Thomas Massie, who later tweeted this: “When our government meddles in the internal affairs of foreign countries, it invites those governments to meddle in our affairs.” Using that same reasoning, he'd probably have voted the same way and said something similar if the vote had been in the early 1940s and had criticized Germany for its treatment of Jews.