The faith that drove Harriet Tubman

Maybe by the time this blog entry posts, I'll have had a chance to see the new movie "Harriet" about the former slave and great abolitionist Harriet Tubman. 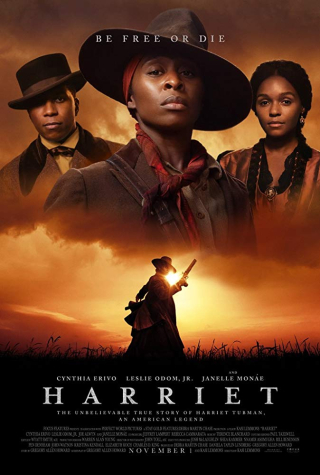 What I don't yet know about the movie is whether it will explore the role religious faith played in her brave life. But you can read about exactly that in this piece from "The Conversation."

"Tubman’s Christian faith tied all of (her) remarkable achievements together," writes Robert Gudmestad, professor and chair of History Department at Colorado State University.

"She grew up during the Second Great Awakening, which was a Protestant religious revival in the United States. Preachers took the gospel of evangelical Christianity from place to place, and church membership flourished. Christians at this time believed that they needed to reform America in order to usher in Christ’s second coming.

"A number of black female preachers preached the message of revival and sanctification on Maryland’s Eastern Shore. Jarena Lee was the first authorized female preacher in the African Methodist Episcopal Church.

"It is not clear if Tubman attended any of Lee’s camp meetings, but she was inspired by the evangelist. She came to understand that women could hold religious authority."

Probably nothing has shaped American culture more than the decision to make slavery legal here. It tainted and deformed the infant nation in ways that so far have been impossible to fix completely.

But an important story in the face of that was the ability of people like Tubman and Frederick Douglass, both of whom were born into slavery in Maryland, to guide the American people toward a better vision of what they could be without slavery.

If you haven't read David Blight's new biography of Douglass, I really encourage you to do that. I wrote about that book here and here.

Tubman and Douglass are far from the only heroes of color in American history, of course, but I find it encouraging that there are new efforts to tell their stories, especially in this time of deep political and racial divisions in the U.S., divisions encouraged in subtle and unsubtle ways by our president.

TIME TO CLOSE UP SHOP?

The other day, here on the blog, I wrote about the U.S. Commission on International Religious Freedom and the struggle in Congress to reauthorize it. As I said there, I thought the Commission, on the whole, has done some good and there should be a way to keep it both bipartisan and operating. Religious scholar Mark Silk, for whom I have great respect, thinks otherwise. He writes here that it's time to shut USCIRF down. You decide, though I haven't changed my mind about finding a way to make it effective and politically neutral.

P.S.: I invite you to experience the annual "Journey to Bethlehem" pageant that my church, Second Presbyterian, offers to the community. It's tonight and Saturday evening at 55th and Brookside. I'll be the gatekeeper on Saturday to let groups in at the right pace. Details for this free event are here.