Home Archives Profile Subscribe
'Thoughts and prayers' but no dough?
The faith that drove Harriet Tubman

As the American religious landscape becomes more varied and complicated, interesting efforts are under way in perhaps unexpected places to make sure adherents of non-Christian religions are finding their place in our culture. 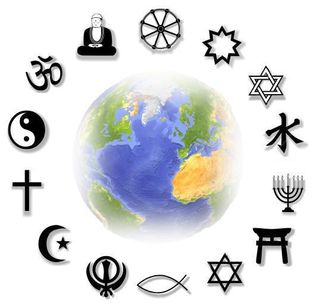 One of those places is the University of Nebraska, where an assistant professor is planning a 2020 course called "When the World's Religions Came to Lincoln," Lincoln, of course, being the university's home, as any Alex Gordon fan knows.

As the Lincoln Journal Star story to which I've linked you reports, under Max Mueller, an assistant professor of classics and religious studies, students "will research the needs and traditions of various faith communities in Lincoln and apply the knowledge to propose a common worship space on campus."

This may lead to adherents of non-Christian religions on campus feeling more welcome, which would be a good thing, but it also almost certainly will lead to the Christian students who take the class learning more about their own faith tradition. That's what almost always happens in interfaith study and dialogue.

For instance, many of the students who are part of the Kansas City Interfaith Youth Alliance (I serve on the KCIYA board) have told me that the experience of being around people from faith traditions other than their own required them to know more about their own tradition so they could explain it better to others. In the end, that has led to a deepening of their own commitment rather than a desire to convert to some other religion.

All of this improves religious literacy, which can reduce ignorance, which leads to fear, bigotry and even violence. And what would be wrong with that?

Fifteen states have extended or repealed statutes of limitations on sexual abuse charges, meaning, as this AP report says, that the Catholic Church is facing another huge round of lawsuits. This "the deluge of suits," the story says, "could surpass anything the nation's clergy sexual abuse crisis has seen before, with potentially more than 5,000 new cases and payouts topping $4 billion." Too bad bishops weren't imagining this when some of them were covering up abuse by priests.

P.S.: My latest Flatland column -- about the ethical use of artificial intelligence in health care -- now is online here.