Home Archives Profile Subscribe
Should religions have the final word on time of death?
Studying other religions to become more welcoming

'Thoughts and prayers' but no dough?

It's now become a derisive cliche to say, in response to some major natural disaster affecting lots of people (hurricanes, tornadoes, wildfires and the like), that you will offer your "thoughts and prayers." 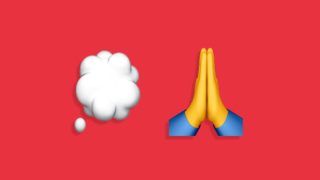 They are cheap and easy words to say, even if you really do keep such victims in your thoughts and really do offer sincere prayers for their well-being.

Well, they are cheap and easy at least compared with making a direct financial contribution to help or sending yourself as a volunteer into the disaster zone.

And it turns out that new research from the University of Wyoming shows that people who offer prayers for disaster victims are less likely to offer financial help, as this press release from the school reports.

“The results suggest that the act of praying is a substitute for material help -- in other words, prayers crowd out donations, at least in some contexts,” says Linda Thunstrom, an assistant professor in the department of economics of the school's College of Business.

You can read her full study report here.

This study says two things to me.

One is that in this time of endless news cycles, we tend to get overwhelmed by disasters. There are, of course, all the natural disasters, on which Thunstrom and her team focused. And in this era of climate change they seem to happen more often than they used to. But add to those disasters mass shootings, terrorism of various kinds and other human-made disasters and it's not surprising that all many of us can is say we'll keep the victims in our thoughts and prayers.

The other thing this study shows is how hard it is to live out religions that require their adherents to be loving and generous, which, of course, is all the world's major religions. Taken seriously, these religions are demanding, requiring of us submission and commitment to a life in accord with the religion's teachings. Serious prayer often is part of that, but almost all of us know times when we've responded to trouble simply by saying we'll pray for the person in trouble and then not doing it.

But if, as the study shows, simply offering "thoughts and prayers" cuts down on our willingness to give financial help, how about if we quit saying that so often? Maybe our silence would move us toward more action.

Increasingly, artificial intelligence is affecting our lives, whether through such devices as Alexa or self-driving cars. But AI's use has only just begun, and as this Slate piece argues, it may well affect our lives of faith, too. Has anyone really given this much thought? If not, it's past time to do that.

P.S.: My latest Flatland column -- about the ethical use of artificial intelligence in health care -- now is online here.